12 Years A Slave Gets Rave Reviews At TIFF – An Oscar Contender? 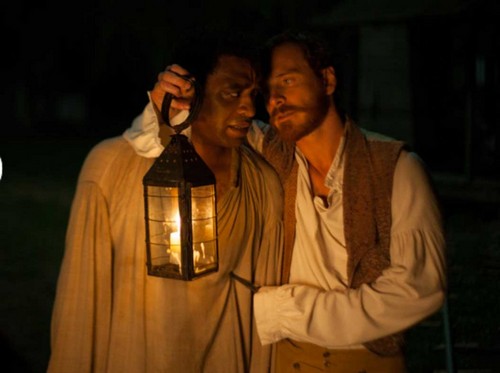 12 Years A Slave has become the frontrunner for the Best Picture Oscar after premiering at the Toronto International film festival to rave reviews.

Other films have gotten strong reviews, even very strong reviews, but 12 Years seems to be the only one [apart from Gravity] that has been unanimously praised across the board. The Variety review states, “This epic account of an unbreakable soul makes even Scarlett O’Hara’s struggles seem petty by comparison.” The Guardian writes, “Stark, visceral and unrelenting, 12 Years a Slave is not just a great film but a necessary one.”

Another one writes, “A particularly noteworthy advancement in McQueen’s already impressive filmography that funnels the cerebral formalism of his earlier features into a deeply involving survival narrative.”It’s hard to imagine that this film won’t go all the way at the Oscars, but it’s still only September – with many, many Oscar contenders yet to be released. American Hustle, Her, and Monuments Men have yet to be screened and they are all going in with a huge amount of buzz as well.

Regardless, nominations are pretty much guaranteed for the director, Steve McQueen, screenwriter John Ridley, and his cast, Chiwetel Ejiofor, Michael Fassbender, and newcomer Lupita Nyong’o.