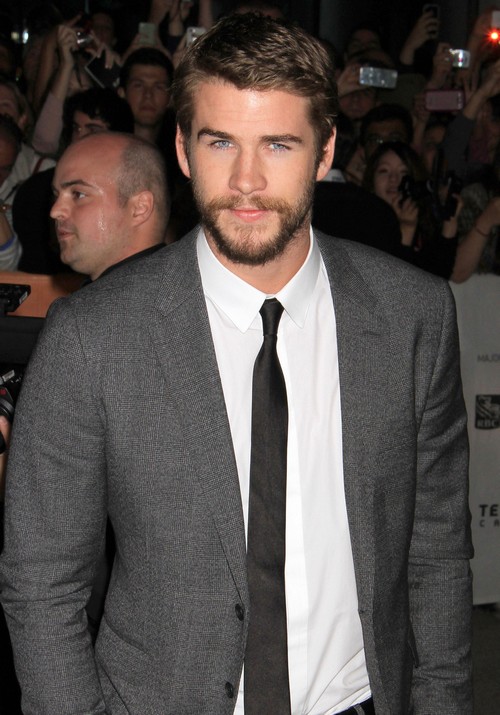 I don’t know how much stock to put into this latest report, only because it contradicts everything that came before it. For months now, we’ve been hearing about how Liam Hemsworth is ‘so over’ Miley Cyrus, and he’s done trying to put up with her behavior.

However, a new report from the Hollywood Life states that Liam is ‘proud’ of Miley for following her dreams, which seems to include grinding on Robin Thicke while twerking at the VMAs and going naked and humping a wrecking ball in the Wrecking Ball music video.

A source explains, “He is very proud that she is doing the thing that she loves and he supports her, he just doesn’t broadcast it with a parade for the whole world to see. He likes being private with her and their relationship, whereas she doesn’t. But you know what they say — opposites attract!” The source also adds, “He can’t really control what she does and this video is another way he’s letting her do what she wants to do because it’s not affecting him or his career — it is all on Miley.”

Do you guys think this report is accurate? Is Liam supportive of Miley’s career, or is he just trying to figure out the easiest way to break up with her? Let us know your thoughts in the comments.