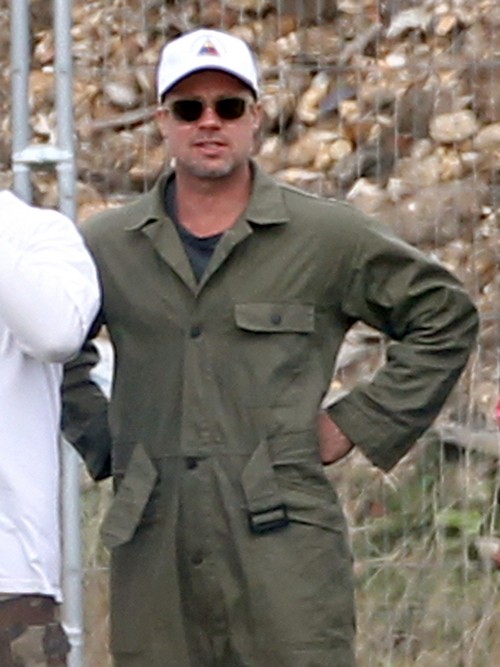 It’s hard to believe that Brad Pitt even knows what Fifty Shades of Grey is, but apparently he does. When Brad was interviewed by Access Hollywood at the Toronto International Film festival, he revealed, “I know Charlie, he’s a great guy!”

When asked about his thoughts on Fifty Shades of Grey and Charlie’s casting in the film, he said, “He’s a good egg and one of the guys that are putting story and craft first. I hope good things for him.”

Well, Charlie and Brad do have a bit of history – Charlie sold his screenplay ‘Vlad’ to Brad Pitt’s Plan B Production company. It makes sense that they’ve spoken before and probably worked together, which is also funny because there are a lot of people calling Charlie ‘the next’ Brad Pitt – both in terms of looks and acting ability.

Brad also discussed Twelve Years A Slave, which he’s a producer on. He explained that he was very proud of the film, saying, “It’s an incredible movie. It’s a very special film, it’s a rare film – it’s why we all get into the business.”

Are you guys excited to see Fifty Shades of Grey and/or Twelve Years a Slave? Do you think Charlie will make a good Christian Grey? Let us know your thoughts in the comments.