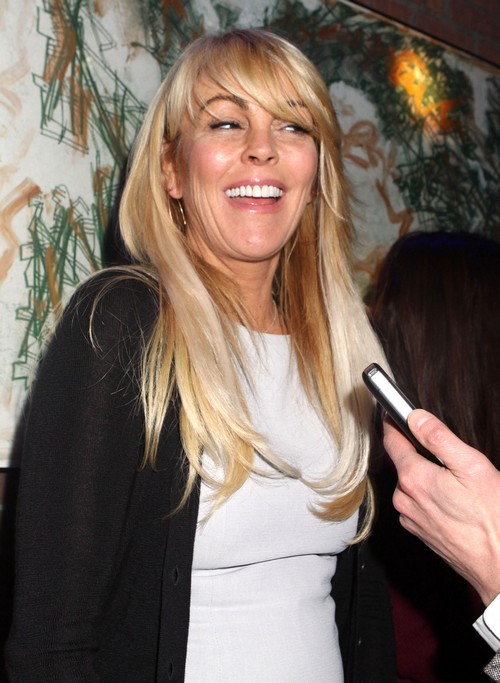 Lindsay Lohan‘s mother, Dina Lohan was arrested last night for driving under the influence.  Dina was driving 77mph in a 55mph zone in Long Island, NY.  She was driving her white BMW on the the Northern State Parkway when she was pulled over by police.

TMZ has the scoop on the story, “During the stop, cops say she appeared intoxicated — and tested her blood alcohol level, which registered at .20 — more than twice the legal limit of .08.”  According to officials, “Lohan made an allegation that she was injured during the course of the arrest” … but when medical personnel responded to the scene and determined she was fine, Dina “recanted her claim.”

She was booked on two counts of driving under the influence and one on speeding.  She will have to appear in court later

What a horrible mother she is!  I feel sorry for Lindsay, no wonder she has trouble staying sober with a poor example like Dina.  Dina is 50-years-old, it is time for her to grow up and think about her children for once in her life.  Somehow I doubt that will happen, what a selfish cow she is.

I sincerely hope the judge throws her in jail and leaves her there a long time!  Just saying ….