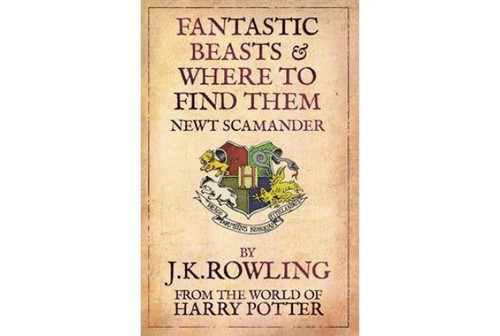 There was news announced today that made every Harry Potter fan scream with joy. Warner Brothers announced that they were going back into the Harry Potter business, with J. K. Rowling set to pen a screenplay based on the character of Newt Scamander and the novel ‘Fantastic Beasts and Where To Find Them’.

Fans of Harry Potter will recognize both the character and textbook from the Harry Potter universe, but Jo has revealed that the film will be set 70 years before Harry Potter, but will not act as a prequel or sequel to Harry’s stories – instead setting up a completely different character and his own journey in the early 1900s.

In a statement, Jo announced, “It all started when Warner Bros. came to me with the suggestion of turning ‘Fantastic Beasts and Where to Find Them’ into a film. I thought it was a fun idea, but the idea of seeing Newt Scamander, the supposed author of ‘Fantastic Beasts’, realized by another writer was difficult. As I considered Warners’ proposal, an idea took shape that I couldn’t dislodge. That is how I ended up pitching my own idea for a film to Warner Bros. I always said that I would only revisit the wizarding world if I had an idea that I was really excited about and this is it.”

J.K. Rowling: Screenwriter? I love it, and if the overwhelming response from both HP fans and regular movie going fans is any indication, this film will be massive.