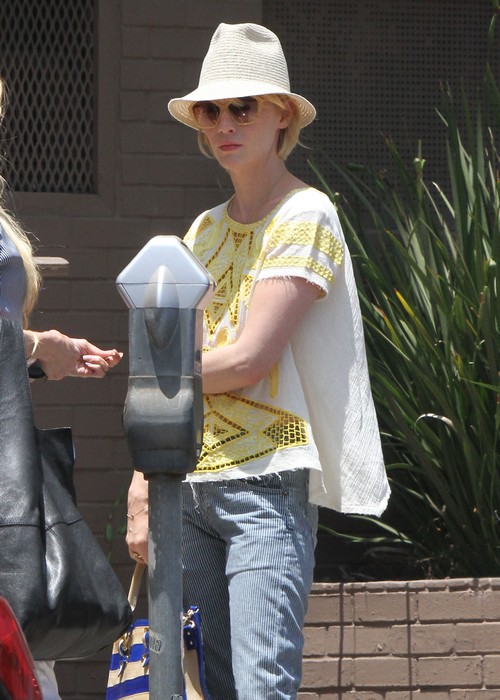 There’s a rumor going around about January Jones trying to steal Liam Hemsworth, the rumors say they are both sending racy text messages to each other; of course both Liam and January have been denying this has been happening.

Though it wouldn’t be much of a surprise if Liam is thinking about getting with January Jones after Miley Cyrus‘ recent stupid behavior.  What kind of guy would want to stay with her at this point? That performance Miley gave during the 2013 VMAs would scare any guy away from her, that was one of the most difficult things for me to watch.  I was cringing throughout the entire performance.

Ever since Miley decided to go down the path of whatever she calls, what she’s recently been doing; it seems that her relationship with Liam Hemsworth has slowly been crumbling and soon there won’t be much of it left. After her VMAs performance Liam apparently said that he found Miley’s performance to be “mortifying” and that really is the best way to describe the entire thing.

There’s not much more to say about Liam and Miley’s soon to be non-existent relationship, if Liam ends up leaving Miley for January Jones nobody should feel surprised; Miley technically did it to her self.