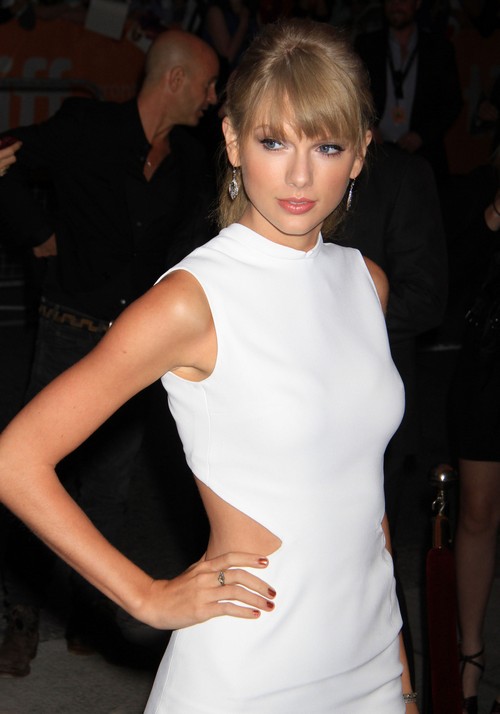 Taylor Swift has found her next victim. Sorry, I meant she’s found her next boyfriend. Taylor and Australian actor Brenton Thwaites were spotted chatting and flirting at a private party held at the Soho House in Toronto last weekend. Both Brenton and Taylor were there for the Toronto International film festival, and sparks just flew.

A source tells US Weekly, “[They were] making each other laugh. [Brenton] had his arm around her back. She touched his leg a few times. They seemed very into each other.”

But for once, Taylor better watch out. It seems as though Brenton has an extremely vindictive ex-girlfriend, who has been re-posting all sorts of horrible fan comments online. One comment she posted from a fan read, “Yeah, everyone’s freaking out about it. I guess Brenton and Taylor had dinner last night after an event. But f**k that, I like him better with you.”

Hmm.. well, Taylor’s fans will no doubt come to the rescue, as always. Besides, Taylor and Brenton were just flirting, and while they may certainly go on more dates and start going out, it’s still very early stages – which in Taylor years, means they’re already past meeting the family.

What do you guys think about Taylor and Brenton? Let us know your thoughts in the comments.