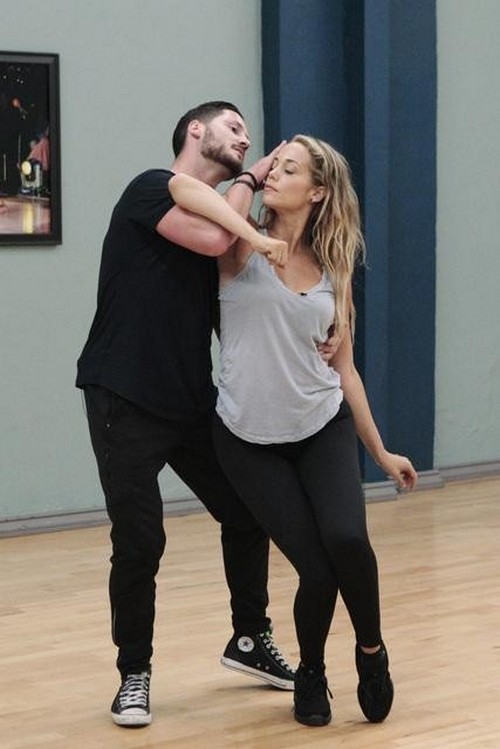 DANCING WITH THE STARS – Rehearsals – This season’s dynamic lineup of stars will perform for the first time on live national television with their professional partners during the two-hour season premiere of “Dancing with the Stars,” MONDAY, SEPTEMBER 16 (8:00-10:01 p.m., ET) on the ABC Television Network. (ABC/Rick Rowell)
VAL CHMERKOVSKIY, ELIZABETH BERKLEY LAUREN