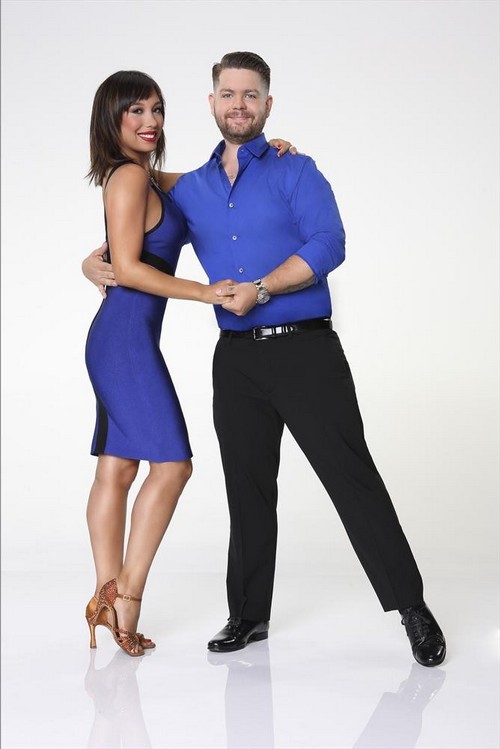 The glitz and the glamour is almost ready to head back to the ballroom for another season of DANCING WITH THE STARS.  ABC released the names of the cast for season 17 of the ever popular dance show.  One of the members of this season’s cast is reality star, Jack Osbourne.  Jack will be paired with professional dancer Cheryl Burke.

If you don’t know who Jack is we have a bio below so you can familiarize yourself with her.  Also check out her first official professional photos from this season with Cheryl Burke.

Already a TV veteran at 27, Jack Osbourne is currently co-anchor and West Coast correspondent for “Fuse News,” a daily live music news show on Fuse, the national music television network of The Madison Square Garden Company. Most recently Osbourne hosted the TV series “Haunted Highway” on the SyFy channel. The show followed Osbourne and Dana Workman as they investigated claims of paranormal activity along America’s remote back roads. Earlier this year Osbourne’s production company, Schweet Entertainment, produced a 16-episode TV docu-series for National Geographic entitled “Alpha Dogs.” The show took viewers behind the scenes with a special elite force of K-9s and trainers dedicated to serving our country. In 2011 Osbourne had ambitiously taken on producer and director roles. He produced a documentary about his father, Ozzy Osbourne, entitled “God Bless Ozzy Osbourne.” The film premiered in 2011 at the Tribeca Film Festival and was the first to tell the story of Ozzy’s tortured and emotionally fraught journey to sobriety. Osbourne has appeared on such television shows as “Dawson’s Creek” and “That ’70s Show.” In addition he had a cameo in the motion picture “Austin Powers: Goldmember” and a feature role in the film “New York Minute.”

What do you think of Jack’s casting? Do you think she has what it takes to win the mirror ball trophy? Hit the comments and let us know what you think!