Kim Kardashian Takes First Steps To Distance Herself From Kardashian Family: Is Kanye Behind It? 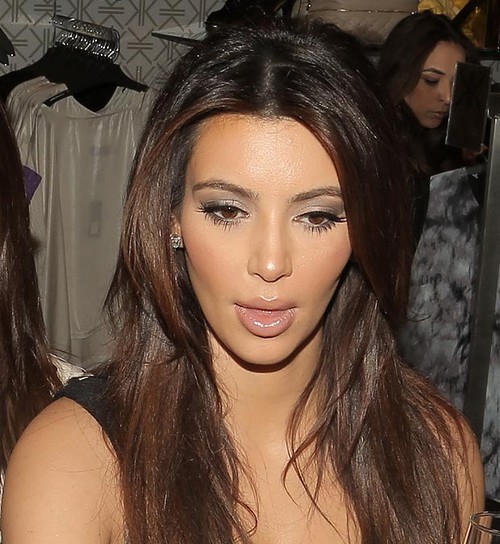 Kim Kardashian is taking the first steps to distance herself from the Kardashian Family.  Kim has gone out and hired a new publicist.  Kim is said to be tired of all the drama that follows the Kardashians around and Kim wants a new image.  She wants to be taken seriously.

PageSix reports, “Kim wants to set herself apart from the Kardashian p.r. machine, and Kanye West advised her to build her own team.”

It looks like this is the beginning of Kanye West taking control of Kim’s life and getting her out of the clutches of Momanger Kris Jenner.  I wonder how Kris is going to take all this?  Let the games begin!

Meanwhile Kanye was spotted grabbing dinner ALONE Sunday night at the London restaurant Hakkasan.  He slipped in the backdoor and was wearing a hoodie to cover his face, he wanted to avoid the paparazzi at all costs.  Kanye was in London for John Legend’s wedding without Kim.