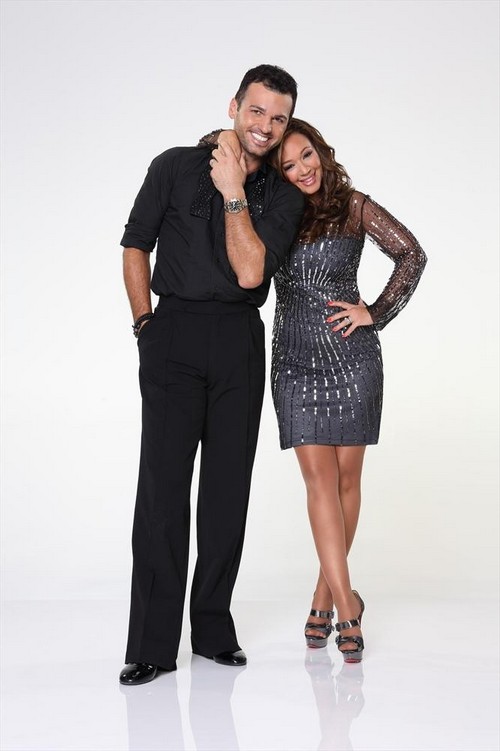 The glitz and the glamour is almost ready to head back to the ballroom for another season of DANCING WITH THE STARS. ABC released the names of the cast for season 17 of the ever popular dance show. One of the members of this season’s cast is reality star, Leah Remini. Leah will be paired with professional dancer Tony Dovolani.

If you don’t know who Leah is we have a bio below so you can familiarize yourself with her. Also check out her first official professional photos from this season with Toni Dovolani.

For nine seasons, Leah Remini starred in the hit comedy series “The King of Queens.” The show continues to enjoy huge success through daily syndication, airing in over 33 countries. Remini produced and starred in the one of the earliest and most successful comedic web series, “In the Motherhood.” She co-produced a series of webisodes for the Suave/Sprint brands under the “In the Motherhood” banner. The highly successful series drew over 5 million viewers to the site. In her first jump behind the camera, Remini co-produced the “Inside Out: Leah Remini” wedding and baby specials for VH1. On the big screen she starred in “Old School,” alongside Luke Wilson, Vince Vaughn and Will Ferrell. In 2010 she helped launch and was co-host of the first season of the daytime talk show, “The Talk,” and recently starred in the ABC series “Family Tools.” A fixture on television since the age of 18, Remini has had memorable recurring roles on “NYPD Blue,” “Friends,” “Saved by the Bell,” “Who’s the Boss?,” “Fired Up,” “Evening Shade” and “Cheers.” She landed her first starring role in the “Who’s the Boss?” spin-off series, “Living Dolls,” opposite Halle Berry, and her first appearance on network television was on an episode of ABC’s “Head of the Class.” She got her start as an actress on HBO’s anthology series “Vietnam War Story.” Remini finds great joy in her philanthropic work with numerous and diverse military, women’s and children’s charities. She resides in Los Angeles with her husband and daughter.

What do you think of Leah’s casting? Do you think she has what it takes to win the mirror ball trophy? Hit the comments and let us know what you think!