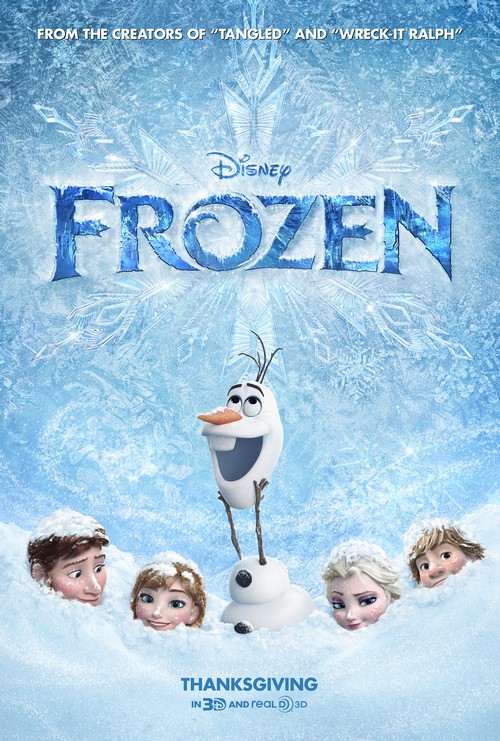 Isn’t this the most adorable poster you have ever seen?  Disney‘s has released a new poster for their new movie Frozen starring Kristen Bell, Idina Menzel, Jonathan Groff, Josh Gad, Santino Fontana, Alan Tudyk and Ciarán Hinds and it really is adorable.

In “Frozen,” fearless optimist Anna (voice of Kristen Bell) teams up with rugged mountain man Kristoff (voice of Jonathan Groff) and his loyal reindeer Sven in an epic journey, encountering Everest-like conditions, mystical trolls and a hilarious snowman named Olaf (voice of Josh Gad) in a race to find Anna’s sister Elsa (voice of Idina Menzel), whose icy powers have trapped the kingdom of Arendelle in eternal winter.

Frozen will hit theaters November 27, 2013 just in time for Thanksgiving.  It is a must see movie!

To find out more information about the movie, make sure to check out their website, [CLICK HERE]