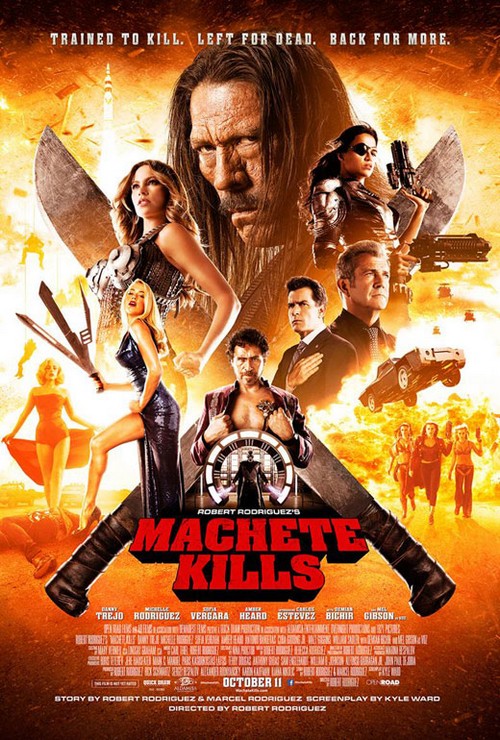 I cannot wait to see MACHETE KILLS and now a new trailer has been released to tease us even more.  Believe me you are going to want to watch the video twice.

In Machete Kills, Danny Trejo returns as ex-Federale agent MACHETE, who is recruited by the President of the United States for a mission which would be impossible for any mortal man – he must take down a madman revolutionary and an eccentric billionaire arms dealer who has hatched a plan to spread war and anarchy.

Check out the video below and let us know if you loved it as much as we did!