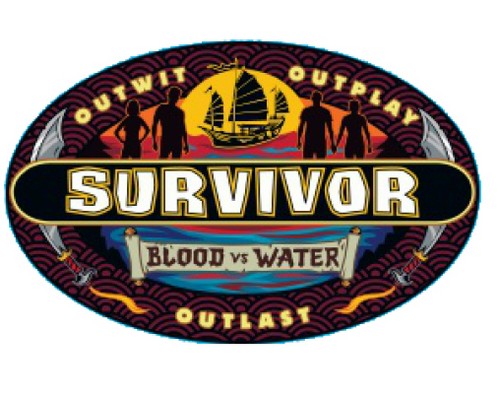 Jeff Probst  announced what the next season of Survivor was going to include, Survivor: Blood VS Water will feature contestants playing against their loved ones.  Yesterday it was revealed that Kat Edorsson from Survivor: One World will be participating with her boyfriend who was the winner of Big Brother in season 12, Hayden Moss, but now we’ve got the entire cast revealed.

Gervase Peterson from season 1 will be returning to Survivor with his niece Marissa, then there’s Tina Wesson who won three million dollars and was  a part of The Australian Outback will be competing along with her daughter Katie, Aras Baskauskas with his brother Vytas will be appearing and fan favorite Rupert Boneham who was on for three previous seasons, but ended up winning a million dolars due to a special fan voted prize during the All-Stars season; he’ll be playing once again with his wife Laura this time.

The new cast has a lot of contestants from One World which is known to have been the worst Survivor season yet, they’ve got Monica Culpepper and her husband Brad, Colton Crumbie and his fiancé Caleb then there’s Tyson Apostol with his girlfriend Rachel, then there’s Candice Woodcock with her husband John and the last contestant Laura Moreet with her daughter Ciera.

The concept for this new season is very interesting; pitting loved ones against each other is going to cause some problems, since in Survivor there is only one winner.

Some changes – now Survivor is going to be 39 days and a half long, they want to give the pairs a fake sense of safety that they’ll be competing with each; the pairs of 10 will be sent to different locations to live alone and when they officially meet they will be put against each other.

Don’t forget to tune in tonight at 8PM where will be covering all the action and drama of Survivor: Blood VS. Water premiere.