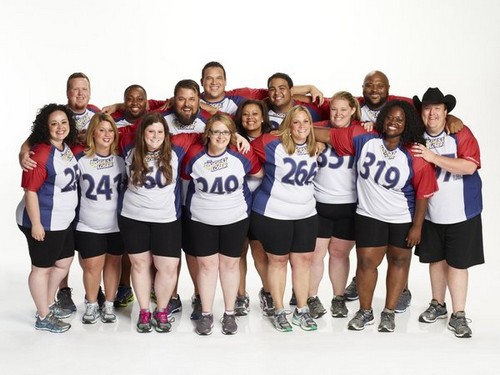 Check out this season’s 15 new contestants below and their bio:

“The Biggest Loser” will be moving to a one-hour format for the remainder of 2013, airing Tuesdays from 8-9 p.m. ET, with just a few two-hour episodes airing in 2014 prior to the season’s Feb. 4 finale.

This season’s inspiring theme of “Second chances” will be seen through the compelling stories of 15 contestants, all on their own unique journeys to reclaim their health and re-write their futures. It has been a decade since Ruben Studdard was crowned the winner of “American Idol” and launched a successful music career. Now he returns to television on a very different stage, hoping to lose weight and learn how to live a healthy lifestyle. Ruben is this season’s heaviest contestant at 462 pounds.

Also featured this season will be David Brown, who lost his first wife to an almost decade-long battle with cancer and is now fighting for his life so he can be there for his daughters, and Tanya Winfield, a single mom addicted to food who grew up with a teenage mom addicted to drugs, who is eager to break the cycle of addiction in her family.

Also competing this season will be Olympic weight lifter Holley Mangold, hoping to get in the best shape possible for a second chance at gold in the 2016 Olympics, Matt Hooper, who  postponed his wedding to be on the show so he could give his fiancé the best physical version of himself, Craig Arrington, a 30-year-old father who lost his own dad to a heart attack at age 32, and wants to make sure he will be there longer for his kids; and Rachel Frederickson, who gave up scholarships and a promising career as a nationally ranked swimmer for a relationship that didn’t last, and now wants another chance to create the life she dreams of for herself.