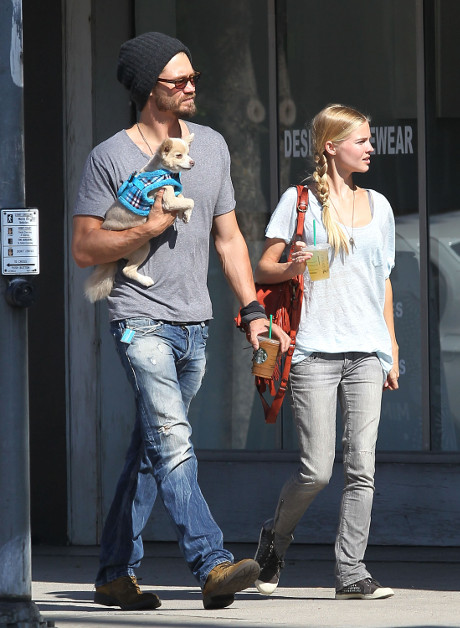 Well that lasted way longer than anyone thought it would. Although, who cares about this, apart from One Tree Hill fans? Like, is Chad Michael Murray even relevant anymore? And was Kenzie Dalton ever relevant?

Chad was once popular for playing the lead character on WB’s One Tree Hill, but since then, he’s faded in popularity. He and the show’s other star, Sophia Bush, were once married, but he cheated on her with Paris Hilton. Then, he got together with Kenzie Dalton, who was a high school student and an extra on One Tree Hill. Skeevy much?

Regardless of their age difference, the two ended up getting engaged, but they never got married. But now, reports are stating that Chad and Kenzie have broken things off. The timing works out perfectly, because Chad was spotted with actress Nicky Whelan earlier this week. Since he doesn’t have a career to speak about anymore, the only way he’ll ever make news is through his relationships, so he might as well milk them for all they’re worth. That’s not going to last him too much longer, either.

What do you guys think about Chad and Kenzie breaking up? Are you surprised? Don’t care? Let us know your thoughts in the comments.