Sandra Bullock Dishes On The Drama Surrounding Her Divorce From Jesse James! 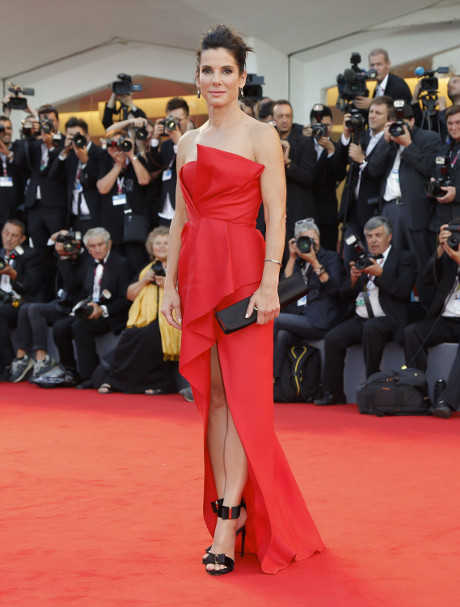 Whenever I see women publicly struggling with relationship troubles in Hollywood, I’m always reminded of how Sandra Bullock handled her divorce to Jesse James. Sandra is one of the classiest women in Hollywood, and the way she handled that whole incident definitely proved that. She could have made a fuss and destroyed his reputation, but she kept quiet and regained her footing in her own time.

In a new interview, Sandra’s opening about how difficult it was for her to deal with the crumbling of her marriage, explaining, “I’ve been on the floor and I’ve been heartbroken. I didn’t know how I was going to stand up. But I just gave it time.”

I don’t blame her – it’s got to suck when you find out your husband has been cheating on your for years with random women. Sandra says that it was so hard to go through the emotional whirlwind, but she realized that the pain would pass – which eventually did happen. Sandra credits her son, Louis, for helping her through the ordeal and says that she now sees everything through his eyes.

What do you guys think of Sandra’s comments? Do you admire her conviction for refusing to say anything negative about Jesse James, or should she have dragged him under the bus by now? Let us know in the comments.