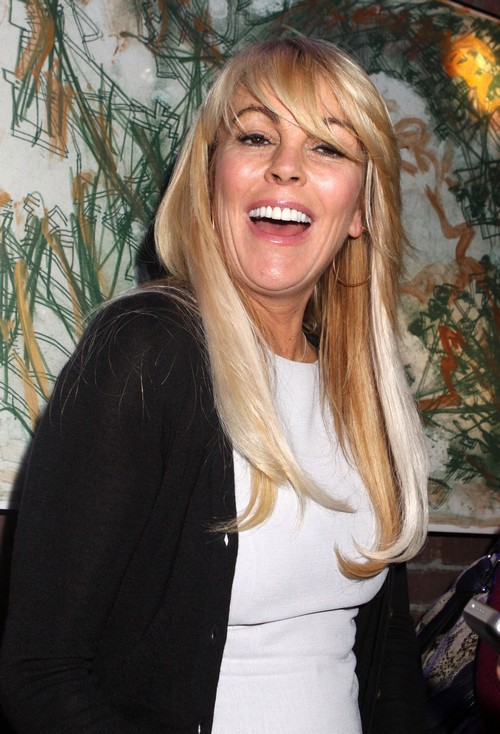 Dina Lohan who’s mostly well known for being the mother of what was a mess Lindsay Lohan, was seen in court in New York a couple of minutes ago.  While there she plead not-guilty to drunk driving charges; although it seems that she won’t be going anywhere anytime soon since the judge suspended her license.

When Dina arrived at court she appeared with the same attorney Lindsay uses, Mark Heller.  Mark came in and made it clear that Dina didn’t have a criminal record, the judge listened, and released her with no bail.  Celebrity justice strikes again….

The charges are from when Dina was found speeding along the Long Island highway, earlier this month and the cops stated that when Dina blew into the breathalyzer it came out as .20. This was enough for the cops to ticket her for a DUI and they also threw in a speeding with the ticket.

Though I don’t see how having her license suspended is going to be much of a problem for Dina, she’s got the money, she can pay for someone to drive her around.  Perhaps that would have been a smart idea to do while she was drinking the night she was picked up.  Maybe then she wouldn’t have had her license suspended.  But then again, when do these celebs think?  Dina is headed back to court October 23rd, 2013.