Jessica Alba Used To Be Critical Of Her Body (Photo) 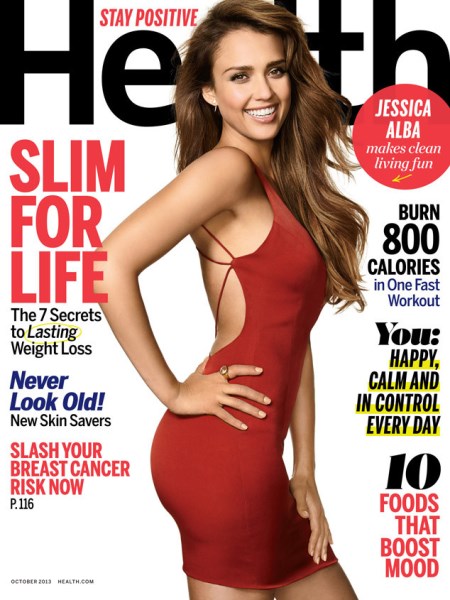 What hope do the rest of us have when Jessica Alba feels the need to criticize her body? She may be a mediocre actress, but she’s always had one of the best bodies in Hollywood, which has often been showcased in many of her movies.

In an interview with Health Magazine, Jessica reveals, “I was a lot more critical of my body when it was probably pretty awesome. It’s like, why did I not ever wear jean shorts? That’s so crazy. I was so skinny! I didn’t have any cellulite… what was I thinking?! I was more willing to wear short skirts after I had my kids. I never wore them before. Ever. I was so self-conscious. But I remember I was 28 or 29, at an MTV award thing, and my girlfriend Kelly was like, ‘You should wear a short skirt, because you are not going to be this age forever.’”

Jessica has also had two kids and continues to look fabulous, and has started promoting a healthy body image in the recent years. I think everyone realizes at some point, even celebrities, that you can only fight the body’s natural inclinations for so long – no matter how much money you have.

What do you guys think about Jessica’s comments? Let us know in the comments.

Jessica Alba Opens Up About Paul Walker’s Death: He Treated Everyone With…