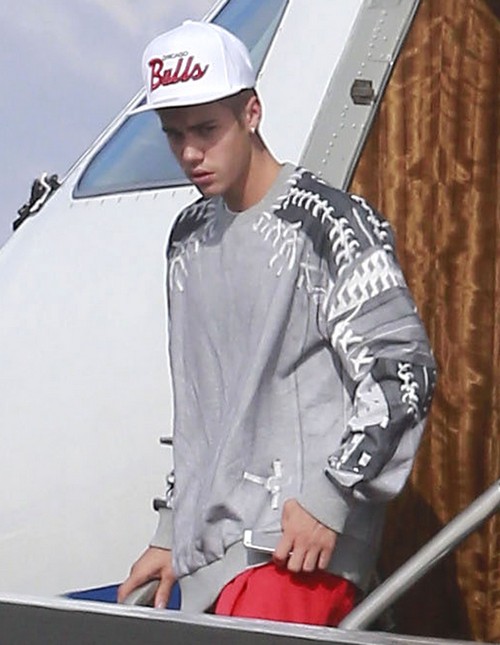 Is Justin Bieber finally learning his lesson? According to a breaking report from TMZ, Justin Bieber has finally decided to kick out Lil Za and Lil Twist from his home, not because they’re shamelessly using him for drugs and money, but because they might have stolen some expensive jewelry. It’s nice to know that Justin has his priorities straight…. not. I suppose the fact that he kicked them out at all is an achievement in itself.

Sources explain that Justin discovered the missing jewelry earlier this month, and realized they were ‘nowhere to be found’. However, both Lil Za and Lil Twist, the freeloaders that they are, had been staying at Justin’s house and threw a couple of parties in his absence. While Justin doesn’t necessarily blame Za or Twist [that sounds like a club] for stealing his jewelry, he has held them responsible considering it happened on their watch. He reportedly decided to kick them out for good, despite their protests of innocence.

It’s interesting – TMZ reports that Justin’s trying desperately to change, after having seen ‘the light’ and deciding to move off the bad path. And we’ve actually been seeing a marked improvement in his behavior lately, although we had assumed it was due to his new relationship. But if Justin truly is trying to change, what better way to do so than to start cutting out all the negative influences in his life, starting with the two people who have been causing the majority of the havoc?

Do you guys think that Justin made a smart decision in kicking out Lil Za and Lil Twist? Or do you think that because they’ve been friends for so long, Justin should have given then another chance? For what it’s worth, I think he’s making a really smart choice, and this is already their billionth chance.