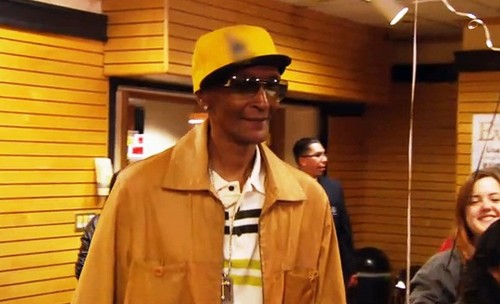 Joe Odom the father of Lamar has come out and said that he believes that his doesn’t have a drug problem at all, and that the story of Lamar abusing cocaine isn’t necessarily real. Joe has also apologized for how he verbally attacked the Kardashian family when he mentioned how his son Lamar would be better off without them.

Joe admits that the Kardashians seems to look like a wonderful family, though at one point he did say that “They don’t give a f**k about my son.” Though it seems that Joe was angry due to what someone said about him on “The Wendy Williams Show.”   On the show someone made a comment about Joe being a heroin addict.  This made Joe mad because he’s been clean from heroine for about 30 years now and added in that “Nobody’s perfect” which is very true.

It could be seen that Joe Odom used that as an excuse for what he said about the Kardashian family.  However, it’s going to make people skeptical about Joe and if what he says is true.  If you look at current photos of Joe you can see that he’s extremely thin, to the point it looks like he should go out and eat a cheeseburger or something and put on some weight. Cocaine is one hell of a drug and causes people to look as skinny as Joe Odom does.  Just saying…..