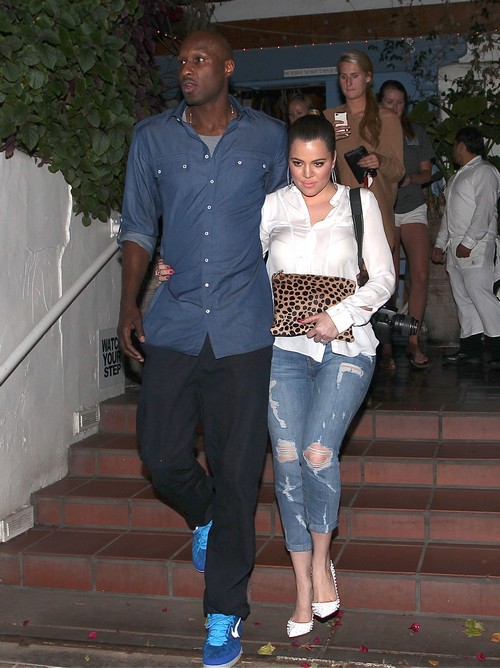 A new report alleges that Khloe Kardashian and Lamar Odom will be spending their anniversary together, after months apart. Could this be the first step to a reconciliation between the estranged couple? I guess we’ll find after their anniversary.

A source explains, “Lamar reached out to Khloe and expressed his desire for them to spend their anniversary together. He couldn’t imagine letting it pass without seeing Khloe. It will be low-key, and away from the prying eyes of the public. He knows how important and sentimental the anniversary is to Khloe. He does want to prove to her that he loves her and that he still gives a f**k about her and their marriage.”

We already know he cares because he ended up going on Twitter to defend Khloe against his father’s comments. But he obviously doesn’t care enough to respect her wishes and go to rehab, so what does that say about his will power? Even if she’s not willing to give up on him and he’s not willing to let her go, if he continues to refuse rehab, there’s only so much longer their relationship will last.

What do you guys think about Khloe and Lamar’s anniversary reunion? Let us know in the comments.