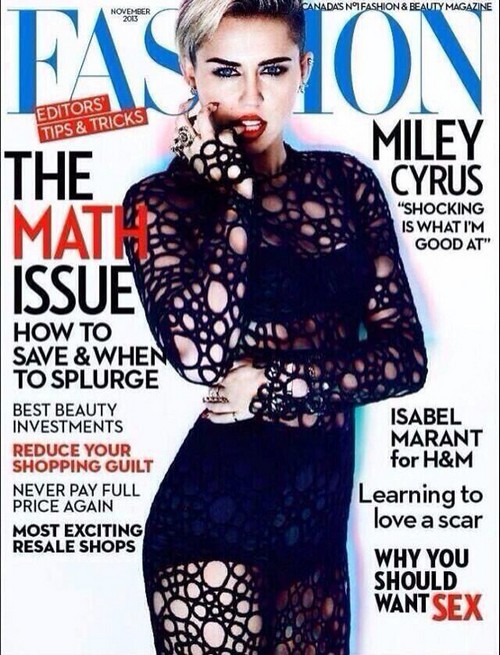 Is Miley Cyrus finally opening up about her break up with Liam Hemsworth, which she hints at being a long time coming? In a new issue of Fashion Magazine, Miley says that a song in her new album called ‘Drive’ may be about her relationship with Liam.

Miley explains, “I wrote it while I was working on Valentine’s Day— emotionally it was such a hard time.It is about needing to leave someone but not really wanting to completely cut yourself off from the relationship. It’s a time when you want to leave but you can’t. It’s also about moving on.”

If we look at the timeline of Miley’s and Liam’s relationship, it seems like the rumors about Liam cheating were just starting to come out around that time. And the way Miley describes how she wanted to leave but couldn’t also seems to perfectly match up her relationship with Liam, so there’s no doubt that she’s talking about that. This is the first time she’s actually said they’ve been having troubles for some time, even though it was previously only his team that ever suggested that.

What do you guys think of Miley’s comments? Do you think she will eventually start to open up more about the cause of her breakup with Liam? Let us know your thoughts in the comments.