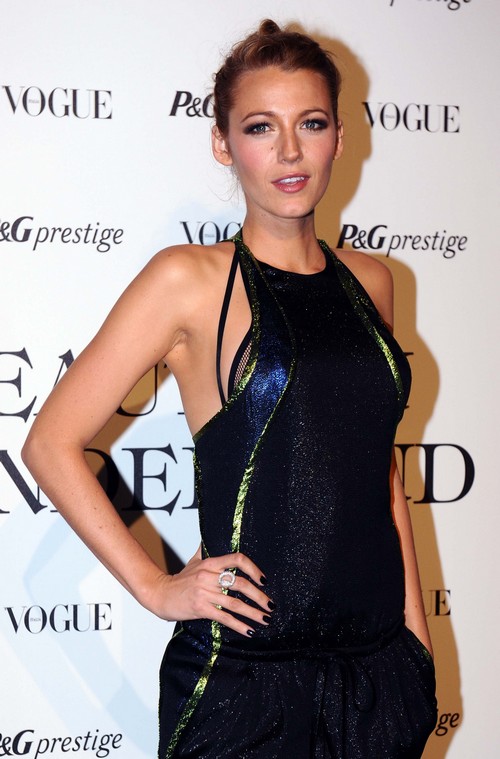 What happened to Blake Lively’s career? She used to be on a hit CW show and at one point, was tipped as the most promising young actress for the next generation. Obviously, this was before anyone saw her acting skills put to the test and before Green Lantern bombed. Then, Jennifer Lawrence, Jessica Chastain, and Emma Stone were introduced to Hollywood and Blake was promptly forgotten. While I’m glad Hollywood’s putting more of an emphasis on talent nowadays, it’s still surprising that Blake’s acting career has practically disappeared overnight.

However, fear not, Blake has a back-up plan – although she’ll never admit this is her backup plan. She has revealed her plans to launch a lifestyle company, a la Gwyneth Paltrow’s GOOP. Blake explained, “It’s something that will be launching in a few months and that I’m really, really thrilled about. The main element of it is that it’s about storytelling and it’s about living a very one-of-a-kind, curated life, and how to achieve that. There’s nothing like it out there – it’s without a genre.”

She also adds, “I have so many passions outside of acting and things that I grew up being good at and that I don’t utilize when acting. Acting was something that my family did so I just kind of got into it by default, but there was so much that I cultivated, thinking that I wouldn’t be an actor.”

She claims that it’s been ‘nice’ to have the separation from her career and television show, but in reality, it just seems like she can’t get acting jobs and is resorting to creating this ‘lifestyle company’ as an alternative.