Fox Will Be Making A TV Series Prequel To Batman 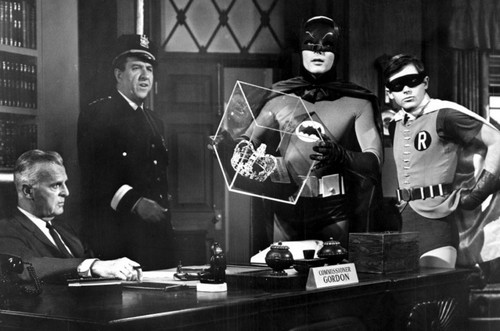 Fox will be making a new series that’ll be based on the DC comics of Batman.  The TV series is titled Gotham and it’s said that it’s going to be a prequel to the movie; instead of it starring Bruce Wayne as Batman, they’re going to focus the story on a different character.

Gotham is going to show the origins of Commissioner Gordon and it’ll also focus on many villains who made Gotham city famous, though as I mentioned before this series will be focusing on Gordon alone and won’t be having anything to do with Batman  In fact it’s taking place before Gordon met Batman. There have been no casting announcements as of now, but I guarantee we’ll be seeing those soon.

What’s going to be hard is who Fox going to cast as Gordon, in The Dark Knight trilogy he was played by Gary Oldman and Gary did an amazing job portraying Gordon.  He had the talent and the look spot on for the character, it’s going to be hard for many people to get used to a new Gordon. Though it might not be, depending if Fox decides to focus the show in a time where Gordon is younger than how we saw him in The Dark Knight trilogy.

What do you think of Fox’s new series idea?  Will you be tuning in?