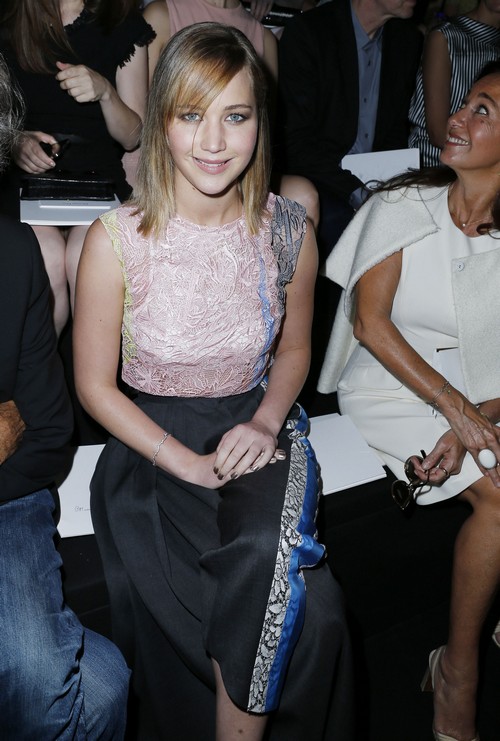 Jennifer Lawrence’s sole mission in life seems to be able to film as many movies as humanly possible within the next two years. The girl seriously never seems to take a break!

After wrapping X-Men: Days of Future Past and heading off to Atlanta to film The Hunger Games: Mockingjay [Part 1 and Part 2], she has now shot a brief cameo for the Dumb and Dumber sequel starring Jim Carrey and Jeff Daniels, which also happens to be filming in Atlanta at the same time.

Sources say that the entire Mockingjay cast visited the set of ‘Dumb and Dumber To’, with Lawrence filming a brief cameo as the younger version of Kathleen Turner’s new character. Lawrence has previously expressed her admiration for Jeff Daniels and the Dumb and Dumber film, so she was clearly over the moon at the chance to participate in the film. Now, it makes sense why she was having dinner with the writer/directors as well as Jeff Daniels last week, and it wouldn’t be surprising to see another team-up with Lawrence in a comedy role.

What do you guys think about Jennifer Lawrence in a fully comedic role? Do you think she would do a good job, and are you excited to see her cameo for Dumb and Dumber To? Let us know in the comments.