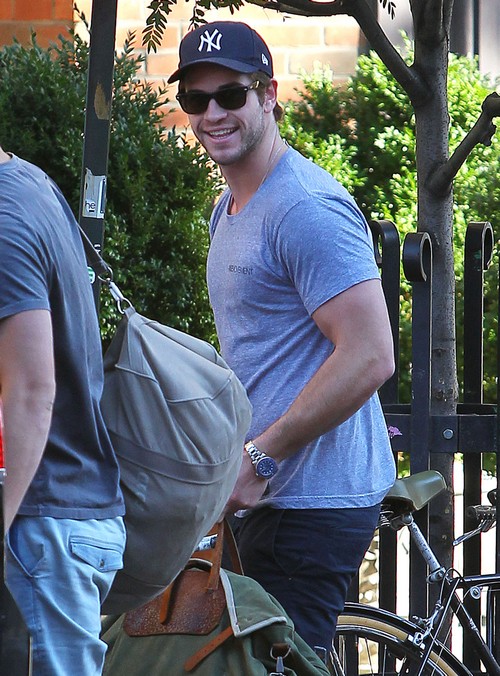 Although it’s been just a few weeks since Liam Hemsworth and Miley Cyrus officially announced their separation, Liam seems like he could care less about Miley. Not only is he already moving on with a Spanish singer/actress named Eiza Gonzalez, but a report from Hollywood Life states that the actor is too busy with work to be worried about Miley’s antics in the media.

A source explains, “Miley is doing all this stuff to get Liam’s attention, but it isn’t getting to him. Liam’s totally zoned into work right now. He’s not paying attention to Miley and all their drama anymore. He doesn’t see the point because they’re done, his focus is on work and his future and he’s very busy with this movie. It’s a demanding role and he’s not going to let any drama get him off track.”

Well, he is finally playing an important role in Mockingjay, after two films of being largely marginalized. However, Miley and Liam both knew that this was a long time coming, so I have a hard time believing that any of this is a shock to her.

What do you guys think about Liam avoiding any mention of Miley? Do you think Miley’s having a difficult time getting over Liam? Let us know your thoughts in the comments.