Brandi Glanville Hates Seeing Her Kids With LeAnn Rimes – Can You Blame Her? 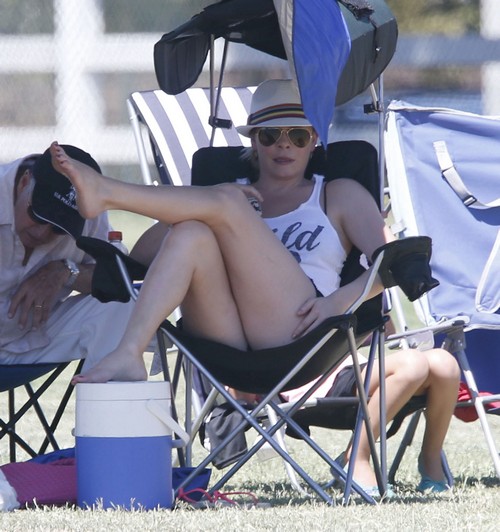 Goodness, will this ever end? We have now reached Part 1,200,589 of Brandi Glanville‘s feud with LeAnn Rimes, and it really is starting to look like it will never, ever, ever end.

Brandi was recently on the Bethenny Show, and she revealed that seeing her kids with LeAnn Rimes was the ‘worst pain’ she’s ever experienced. She explains, “It’s the worst pain… you think your heart’s broke after you get a divorce — wait until there’s a girl and she’s tweeting pictures [of your kids] saying, ‘Look at my family!’ I feel like she almost does it to antagonize me.”

No shit, she does it to antagonize her. That was a stupid comment, considering Brandi knows good and well that LeAnn does all of this to piss her off. And obviously, Brandi’s not innocent of trying to stir things up, and she’s also known to have started feuds on Twitter and over the media. In this case, just because she brought up LeAnn and her kids, she can probably expect to see a tweet when she gets home showing LeAnn hugging the kids, with the caption, ‘Look at my family!’ It’s like she wants this feud to continue.

What am I saying? Of course she does. This feud makes both Brandi and LeAnn relevant to the media, and they both know that. Even if they hate it, and even if they hate participating it, it’s almost a willful participation from both ends because they know they’re benefiting in the long run. Oh Hollywood – how you are so screwed up, I will never understand. I suppose I shouldn’t lump all of Hollywood in this – let me rephrase. Oh reality television, why do you insist on foisting these morons upon us on a regular basis?

What do you guys think about Brandi’s comments? Let us know in the comments.