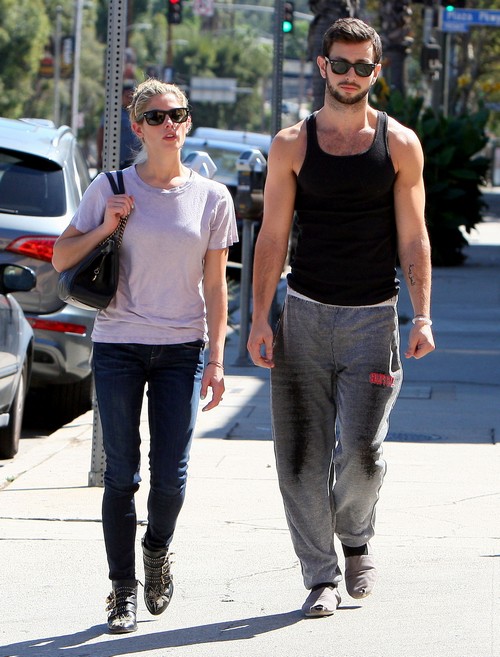 According to rumors and reports, Ashley was seen with a giant wedding ring on her hand when she was spotted out and about with current boyfriend, Paul Khoury. Ashley and Paul have been dating a few months now, but they’ve been surprisingly low-key about it. Or maybe the paparazzi just didn’t care about them, which is also a likely possibility.

Anyway, nothing sells tabloids and webloids like engagement stories, so the paps managed to publish large photos showing Ashley’s rumored wedding ring. So of course, this means that Ashley and Paul absolutely MUST be engaged. Could she just be wearing a pretty ring on her hand? Sure, but she so desperately wants us to think she’s engaged, let’s just go along for the ride.

Congrats Ashley! I’m sure this has nothing to do with your new movie, CBGB, coming out next month. Nothing at all. In fact, I’m sure it’s just a coincidence that the first time you’ve generated headlines in months is right before the movie comes out.

What do you guys think of Ashley Greene’s ‘engagement’? Let us know in the comments.

See Ashley Greene on ‘Pan Am’ Plus Other Casting News!