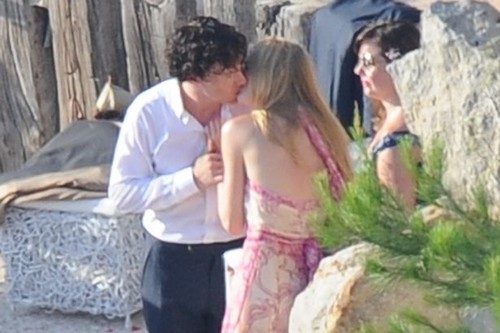 Benedict Cumberbatch and Emma Watson have both topped Empire Magazine’s ‘Sexiest Movie Stars’ list, which at first seems odd because they beat out perennial favorites Ryan Gosling, Henry Cavill, Jennifer Lawrence, and Emma Stone. However, it makes more sense when they specified that the list was determined by a poll.

As we all know know, Benedict Cumberbatch has become the Internet’s new favorite person, and as such, he will top any poll that is open to the general audience. The ‘Cumberbitches’, as they call themselves [much to the embarrassment of their idol], are one of the most passionate fan bases on the Internet, and they definitely prove that time and time again.

Emma, on the other hand, was part of the ever popular Harry Potter franchise, and she’s managed to stay in touch with her fan base via Twitter and Facebook, unlike co-stars Daniel Radcliffe and Rupert Grint.

Even then, it is a little surprising that she beat out Jennifer Lawrence, considering that much like Benedict, Jennifer was pretty much the Internet’s favorite person throughout 2013, from the minute she won the Oscar to the beginning of her promotion for Catching Fire and American Hustle. I’ll assume that most of her fan base was too busy buying tickets for Catching Fire [which went on sale today] to go on Empire and vote for her.

What do you guys think about the list? Do you agree with Benedict Cumberbatch and Emma Stone topping the list? FYI, others on in the top ten list included Mila Kunis, Natalie Portman, and Chris Pine.