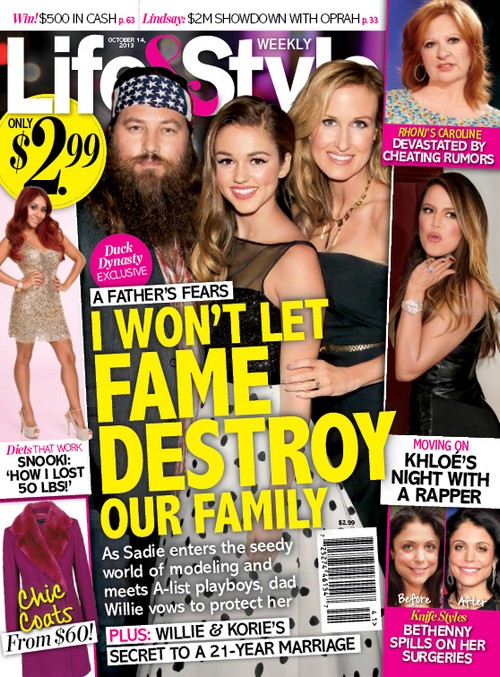 I feel sorry for celebrities who are so delusional about their own plastic surgery that they pretend like they’ve never gotten anything done. Do they really think the public is that dumb? Plastic surgery is often not difficult to figure out, unless it’s really, really excellent work [in rare cases like Halle Berry, it works].

Most often than not, it makes the celeb end up looking pinched and plasticized, and the end result is usually much worse than the face they started out with. In this particular case, a new report from Life & Style’s cover claims that reality star Bethenny Frankel has finally admitted to getting plastic surgery.

Now, when you look at her face, it’s not hard to figure that out. From when she first started out in the industry, she’s easily gotten botox, several injections, a lip injection, eye surgery, and cheek implants. In fact, I wouldn’t be surprised if I didn’t even touch the surface of all the procedures she’s gotten done, because all those are just what I can tell from looking at her face.

Anyway, L & S claims that Bethenny’s spilled everything regarding her plastic surgeries, but I have a hard time believing she would be that honest. By nature, reality stars are narcissistic and self-absorbed, and they would never be willing to admit that they were anything less than perfect to begin with. In Bethenny’s case, I would actually believe that she was given  money or something in exchange for her admittance to the surgeries, but there’s no way she said anything without a strong incentive.

What do you guys think about Bethenny Frankel’s plastic surgery revelations? Were you surprised, or was it always extremely obvious? Let us know your thoughts in the comments.