The Truth About Meg Ryan’s Departure From Hollywood: People Magazine 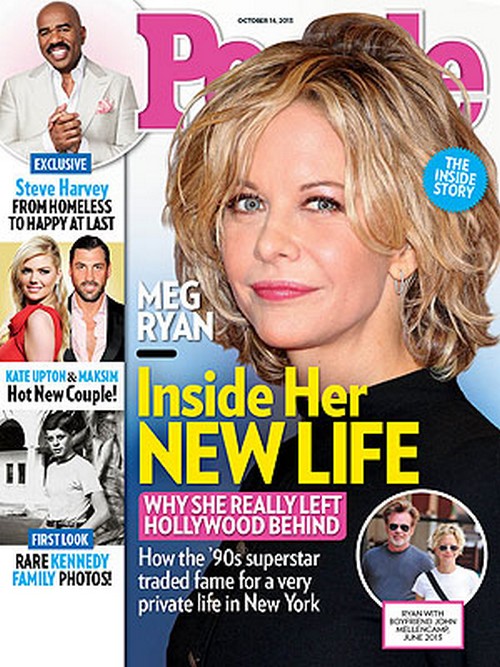 Meg Ryan moved from Los Angeles to New York City years ago, and she hasn’t looked back since. So why did she ever leave Hollywood in the first place?

Well, we all remember when Meg Ryan and Dennis Quaid were happily together, and then she and Russell Crowe had an affair, right? Well, it destroyed her reputation in Hollywood because the industry used to have a ridiculous double standard for women. Even though it takes two to tango and both Meg and Russell were involved [with Russell knowing that she was with Dennis], Meg lost her career and future and Russell ended up winning an Oscar. The hypocrisies of Hollywood.

Anyway, People Magazine now has an exclusive on Meg’s life, all those years after the controversy. Meg now reportedly lives a low-key life with her boyfriend and daughter in New York City, and her friend tells People, “Los Angeles is just about movies. New York is about so much more than that, and so is Meg.”

Well, there’s also the fact that Meg hasn’t appeared in a movie since forever, and she’s also managed to royally screw up her face through extensive plastic surgery. In the end, I don’t think it was so much her choice to leave Hollywood as it was that she simply couldn’t get a job anymore – not just because of her past, but because of the fact that she no longer looks like a real person.

What do you guys think of Meg Ryan’s new life, and do you believe that it was her choice to leave Los Angeles for New York? Let us know in the comments.