The Originals and the Quest for Power: There’s a Vampire War Brewing in Louisiana 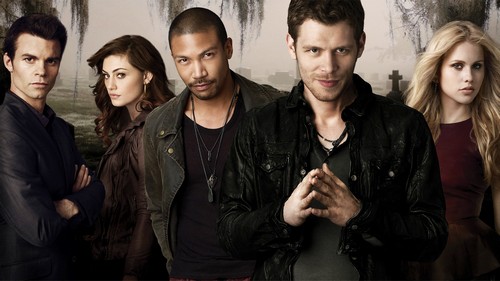 We know The Vampire Diaries spin off, The Originals, is going to be a time for all kinds of bloodsucking, hair raising, sexy-time vampire action. But how long will Marcel, the tyrannical vampire from Klaus’s past, maintain power over New Orleans and its residents?

When we saw it back in April, The Originals definitely set the stage for a grand power struggle amongst the vampires—the incoming Original Family and the local residents. It will be interesting to see how long it takes for Klaus and his Original family to overthrow Marcel. The hold he has over the local residents—both the vampires who obey his every move and the witches he’s oppressing—is definitely strong, and it makes us wonder . . . . Is there a stronger force, an even bigger villain (ahem, a witch perhaps), behind his power-mongering hands? What really makes him such a force to be reckoned with? How does he have the power to keep the witch’s magic at bay?

It doesn’t matter from what angle we observe the upcoming series, one thing’s for sure: There’s a vampire war brewing in Louisiana and all Hell’s about to break loose.

If there’s one thing we know about the Original Vampires it’s that they don’t take guff from anyone. Human, vampire, werewolf, or witch, it doesn’t matter who stands in their way; rest assured they’ll do what’s necessary to protect their family and ensure their power and influence remains strong. The Original Vampire family has always maintained a familial relationship that’s strained at best, but that doesn’t mean they wouldn’t do anything to ensure the safety and future of their brood.

In light of the impending series premiere of The Originals, we’re expecting the Original Vampire Family to grow stronger than ever before and formulate a coven of supernatural power that just might give Marcel, the biggest baddie in town, a run for his money.

Make sure to tune in with us this fall as we journey alongside these Original Vampires in their quest to take back their city. The Originals premieres tonight at 9 PM on the CW right after the season premiere of The Vampire Diaries.

Disclosure: This post was sponsored by the CW.  All opinions expressed here are those solely of the writer and not of the CW.