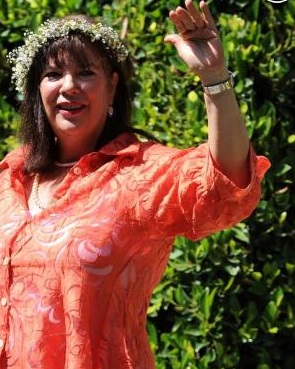 Kris Jenner‘s sister, Karen Houghton, has spilled all the beans on Kris’ current relationship status and the progress/decline of her marriage to Bruce Jenner.

Karen reportedly spoke to In Touch Weekly about Kris, and reveals that Kris and Bruce have been divorced for a while now, even though they still hang out together and do a few things together. Basically, even if their marriage is over, they have a business arrangement?

Karen also hinted at the reasons for the split, including the fact that Kris basically hits on all of her daughters’ spouses, and the fact that she used to possibly have a fling with the infamous O.J. Simpson. And if you think that’s all, then you have another think coming.

However, Karen claims to have been paid off by her sister with gifts in exchange for her silence – an agreement that clearly did not work if Karen actually blabbed to In Touch.

In the end, while I don’t necessarily think that Kris and O.J. would date while he’s in prison, the rest of the news isn’t very surprising. Not only is Kris shameless about flirting with her daughters’ sons, but sometimes she even does it in front of the camera for their show. That’s how much she doesn’t care.

What do you guys think about Kris and Bruce getting divorced? Let us know your thoughts in the comments.