Miley Cyrus Guilt-Tripped Liam Hemsworth Into Staying Prior To Split 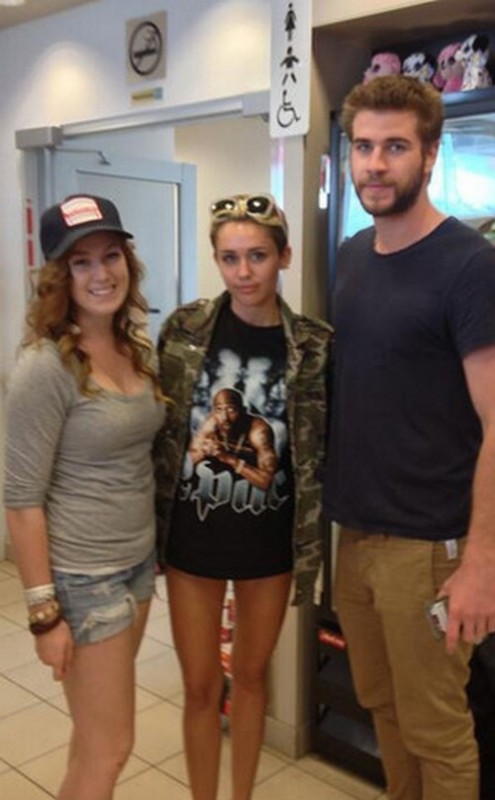 According to a new report from Radar Online, sources close to Miley Cyrus are breaking their silence for the first time and revealing that Miley guilt-tripped Liam Hemsworth into staying with her for the last year. Um, are these sources Liam’s reps?

A source explains, “Miley was super manipulative with Liam and she used the movie to trap and guilt him into staying in a relationship with her. She was constantly reminding him that she ‘helped make him a star’ through their movie The Last Song and she’d brag that she ‘introduced him to the world.’”

The source added, “That movie was her project and she never hesitated to remind Liam of it. She literally took credit for making him a popular actor. But she flipped once Liam checked out of their relationship. He was fed up, especially after the VMAs. No matter how much Miley whined or manipulated him…he was done.”

Miley and Liam may not always have had the best relationship, but I doubt Miley ‘tricked’ him into staying with her. Sure, she may have helped launch his career, but she didn’t help him land The Hunger Games, which is arguably the reason he’s even successful in this business to begin with. It’s not like any of his other movies, including The Last Song, made any sort of significant dent in the box office.

Plus, this whole report stinks of being leaked from Liam’s team, especially considering that Liam’s come off looking a tad sketchy in the aftermath of their breakup.

What do you guys think? Did Miley trap Liam into staying with her? Would Liam have stayed if that was the case? Let us know your thoughts in the comments.