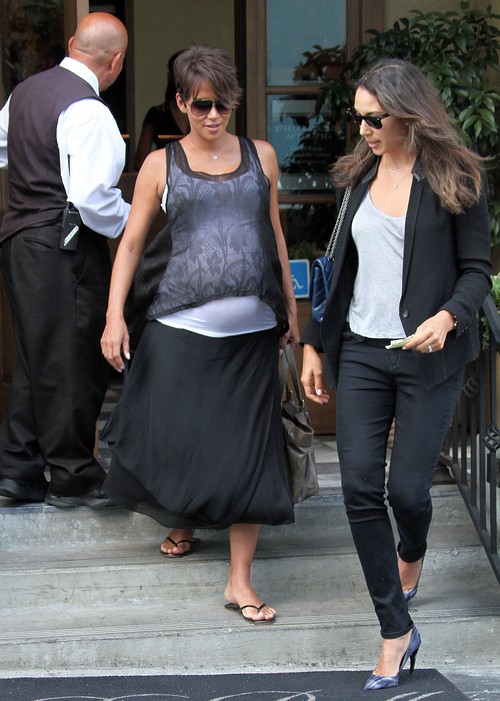 Halle Berry is headlining the new CBS show Extant, which will debut  as a limited event series next summer. Summer television took a spin this year with Under The Dome, which exceeded expectations and came from Steven Spielberg‘s Amblin Entertainment. Extant is also from Amblin, and it deals with a similarly high-concept idea.

The official synopsis of the story is a female astronaut returning from her trip from space, and dealing with re-integrating with her husband and son. However, the synopsis [SPOILERS AHEAD] doesn’t mention anything about the android son, or the alien aspect of the story. Either they’re trying to keep that under wraps, or they’ve changed the pilot episode and are holding both reveals for later.

This is a big win for CBS and for Amblin, considering Halle Berry is one of the biggest stars in the world and five years ago, she would never have considered returning to television. Alas, her film career is not so illustrious right now, and since it’s the golden age for television, she’ll easily be able to rebuild her fan base and regain her momentum to book stronger film roles.

After all, Berry is an Oscar winning actress – and she just agreed to star in a huge TV show for CBS, which is being produced by Steven Spielberg. I imagine that with Berry’s commitment, there will be loads of people lining up to star in the show, and I wouldn’t be surprised if we saw other ‘movie’ stars in that list.

Of course, the line between movies and entertainment is getting increasingly blurred – but let’s put it this way: you would never see Amy Adams or Anne Hathaway or Jennifer Lawrence doing long form television, would you? Exactly.