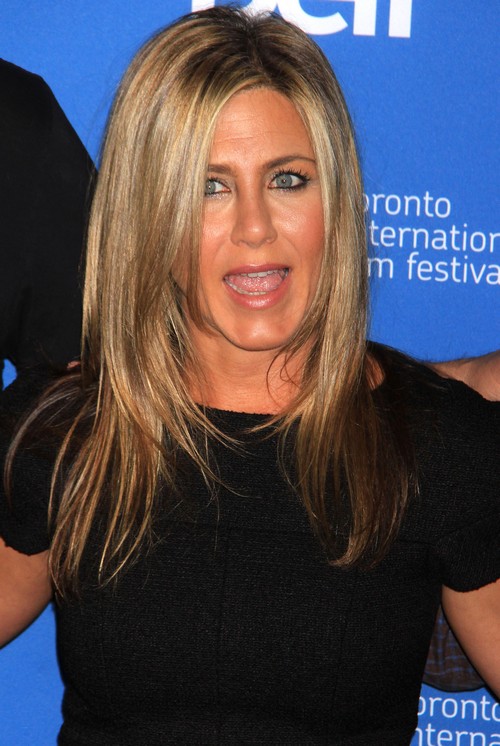 Jennifer Aniston diva behavior has been going on for a while now, but this latest story definitely takes the cake. According to a new report from Star Magazine, Jennifer threw a hissy fit when she found out that a character in her latest movie was called ‘Angie’. Not her character, mind you, but some OTHER character.

A source explained, “The original script had a role named Angie, and it infuriated Jen. She cringed whenever she heard it. Production was scheduled to start on a Monday but Jen didn’t arrive until Wednesday because the scripts had to be revised first.”

The source also added that while Jennifer was on the set of Squirrels to the Nuts, she exhibited a massive case of ego. The source explained, “Jen wanted all of her personal expenses paid, even though she knew that she was signing onto a lower budget film, and most actors take that into consideration.”

It is true that actors get their personal experiences paid while on a big-budget movie, but if she knew she was working on a small-budget film, she should have thought about the budgetary concerns before signing on. Of course, the producers probably also knew what they were signing on to when they first hired Jennifer.

Regardless, even though Jennifer is supposedly ‘happily engaged’, she still freaks out over any reminder of Angelina Jolie? That doesn’t seem like the acts of someone who is ‘over’ the whole thing, as she claims to be. In fact, I’m willing to bet that the real reason she got engaged has nothing to do with her own relationship with Justin Theroux, but to one-up Brad Pitt and Angelina – or at least, try to. There’s no way she’ll succeed, but she clearly wants to – especially if she can’t even stand the sound of Angelina’s nickname.