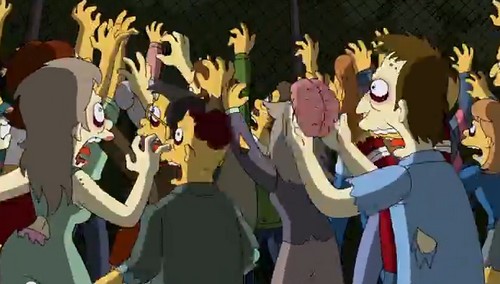 Halloween brings many treats every year, including The Simpsons’ annual Treehouse of Horror Halloween special this Sunday. This year, the special will be introduced by Guillermo Del Toro in an extended opening sequence.

Del Toro is the master of horror, and his movies have always reflected that. Nothing comes more naturally to him than creating monsters and their back stories, and horror has always been a very strong backbone to his movies and stories. The opening sequence is simply stunning in its visual clarity, as is the case with any of Del Toro’s work.

This isn’t the first time that Del Toro has worked on projects that are not his own, and anything he’s ever been asked to do will reflect that. He’s working on a bajillion different projects right now, and it’s not clear which will go ahead next – which means we get our Del Toro fix with the episode this Sunday.

He could possibly make Pacific Rim 2 next, although the studio expectations on that are probably lower after the film didn’t perform to expectations. Then, there’s several sequels and adaptations he’s working on, as well as the TV show The Strain and then several different books. Seriously, does this man ever stop working?

Are you guys excited to see the extended opening sequence for the Treehouse of Horrors special this weekend? Let us know in the comments.