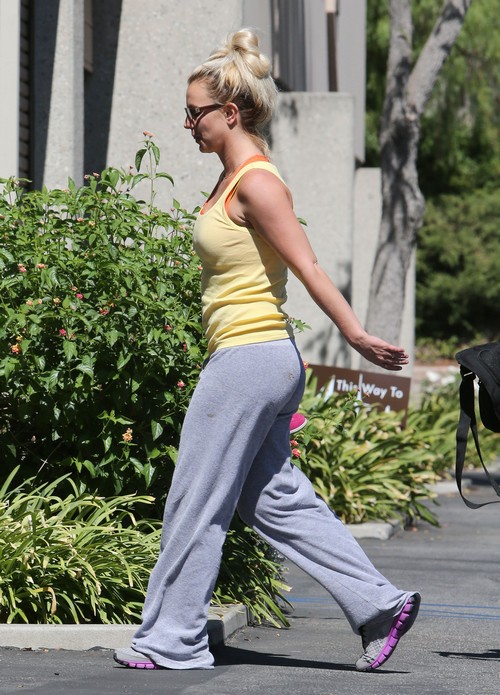 Britney Spears has been extremely busy promoting her latest album, and she was most recently in Houston doing several radio interviews. During one particular interview with the Roula and Ryan show, Britney and the hosts had a little spat and the interview was cut short. Why was it cut short? Because the interviewers decided to go against the rules they agreed to, and they asked Britney several personal questions that made her uncomfortable. And this is Britney Spears, people. She is not normal, and she’s usually under a lot of medication and support to get her through promotion and interactions with press. How did they think that they could go off-book and it would be ok? Seriously?!

Everybody in the world knows about her history of mental health, and her reps and team obviously put strict rules about her interviews. There are questions that are allowed, and there are questions that aren’t allowed – and they are all in service of keeping her already fragile mental health stable. If not, we’re going to end up with the Britney Spears circa 2007 – you know, the bald one that was crying on sidewalks because of the paparazzi harassment? Does anyone want to be responsible for that happening again?

I mean, you could argue that as a celebrity, she should be open to questions and impromptu deviations. But with Britney, the interviewers should have done their research better. If they had, they would have realized that a ‘candid’ interview with Britney isn’t possible in her current state. If anything, if they pushed, she might have started crying and/or run out of there hysterically. And then, they would have just looked terrible.

What do you guys think of Britney’s interview fiasco? Do you think the fault lies with the interviewers for pushing, or with Britney’s team for refusing to allow the questions, or Britney herself? Let us know your thoughts in the comments.