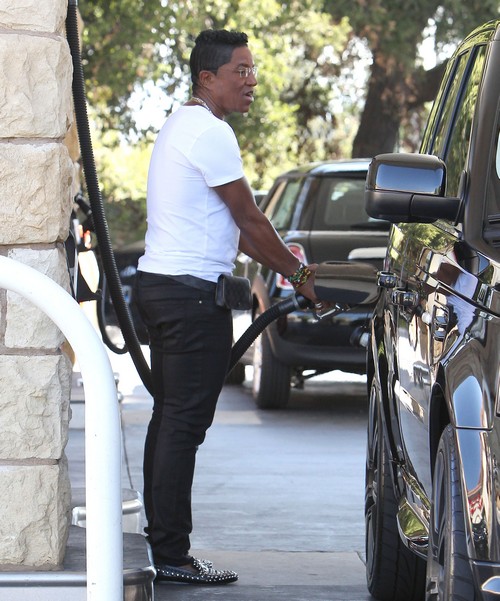 Jermaine Jackson continues to prove that the Jackson family’s #1 priority will always be money. Forget family members, forget parents, and forget children. If there’s money they can use on themselves, they will use it on themselves. Spending it on other people? Forget it. They don’t even understand the concept of that.

Basically, Jermaine Jackson owed $750 in child support to his baby mama Alejandra Jackson. He fell behind with his monthly payments of $3000, which is honestly the bare minimum for people of his stature. However, even with his flimsy excuses for not paying the full amount, he then decides to go drop more than $50k on a car. He owes $750 in child support and he can’t pay that, but he can spend $70,000 for a car?

See: he just put his own image above the welfare of his child. How disgusting is that? It’s despicable and low on so many levels, but this guy isn’t exactly known as father of the year. He’s been a deadbeat dad for the better part of that child’s life now, and that’s obviously why Alejandra got full custody. Say what you will about Michael Jackson, but that guy was a great father and made sure they always had whatever they needed. Jermaine and most of his siblings are examples of what not to do in fatherhood, but they could care less – they’re rich and they don’t have to work. When you grow up with such a sense of entitlement, I guess it never fully goes away.

In the end, it’s his child who suffers, but if he had to have his wages garnished by the government [forcibly taken], then that obviously means that he didn’t even care. He could have paid off more than a year of his child support by then, but he instead made a frivolous buying decision that didn’t help anybody but himself. Obviously, the government ended up seizing his cash to pay for the remainder of the amount, but I have a feeling that may actually become a regular occurrence. What do you guys think? Let me know in the comments.