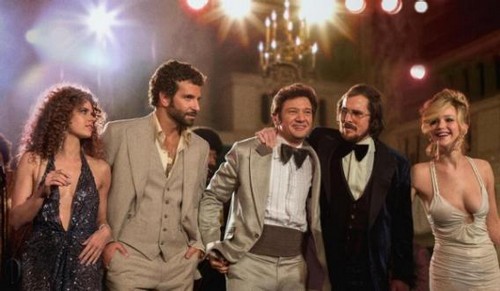 Another day in Hollywood, another day of trailers. Today brings us a new trailer for American Hustle, the movie starring every A-lister from Hollywood sporting weird hair. American Hustle is based on the FBI’s Abscam operation in the 70s, which involved bringing down mobsters and politicians.

The cast is top-notch as always, but how does the trailer hold up? The first trailer for the movie was set to Good Times, Bad Times by Elvis Presley, and that definitely gave the trailer a fast-paced edge. This time around, the tone is a lot more melancholy, which lends itself to being slower-paced and more character/plot driven. The first time around, it was just a blur of images – but now, the central story is starting to take place, and everyone’s roles in the film are becoming clearer.

And you know what’s damn refreshing? That the 39-year-old actress plays the main lead and love interest, not the 23-year-old. Adams is a David O. Russell favorite after The Fighter, and she has the chops to headline a film of this scale and pull it off – and we need more directors willing to put older female leads in amazing roles like this.

What did you guys think about the new trailer for American Hustle? Are you impressed enough to go see the movie, or is it still too vague for you? Let us know your thoughts in the comments.