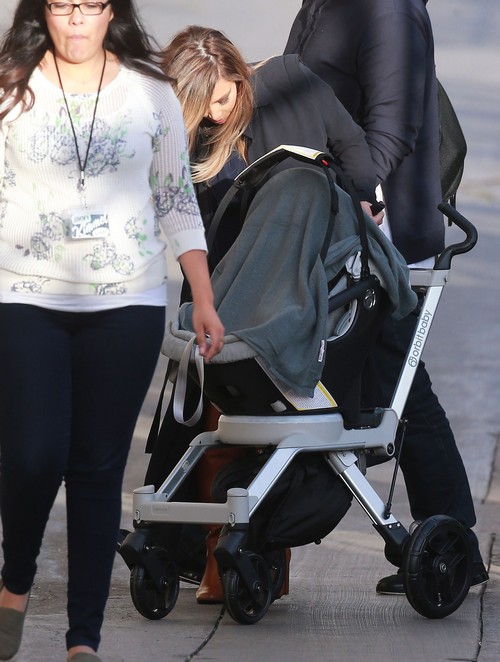 Kourtney Kardashian and Kim Kardashian have always been close, according to them. Obviously, we don’t know the family dynamics that exist behind their reality show and in ‘real life’, but that’s the impression they put across. However, a new report from Life & Style Magazine claims that Kourtney is furious at Kim for her terrible parenting skills.

Obviously, I think everyone can tell that Kim is not the epitome of an ideal parent. She left her baby girl, who’s not even a few months old, back in Los Angeles while she decided to go to Paris to party. Sure, she also probably went to keep an eye on Kanye, because who knows what he would end up doing otherwise. But even then, it’s not something that Kourtney can forgive.

A source close to the Kardashian family told Life & Style, “When Kourtney’s kids were babies, she refused to leave them for anything longer than a couple of hours. She thinks Kim put Kanye and her image before her own baby. At such a young age, it’s highly likely that Nori (who was left in the care of Kris Jenner) won’t even recognize her mother when she returns home after several days away.”

Right, because ‘boring’ as a parent means being loyal and taking care of your children, not leaving to Paris the first chance they get. It’s lucky Nori has an aunt that actually cares about her well being, because I have a feeling Kim’s #1 priority will be famewhoring – as always.