Jennifer Lopez And Casper Smart About To Break Up? 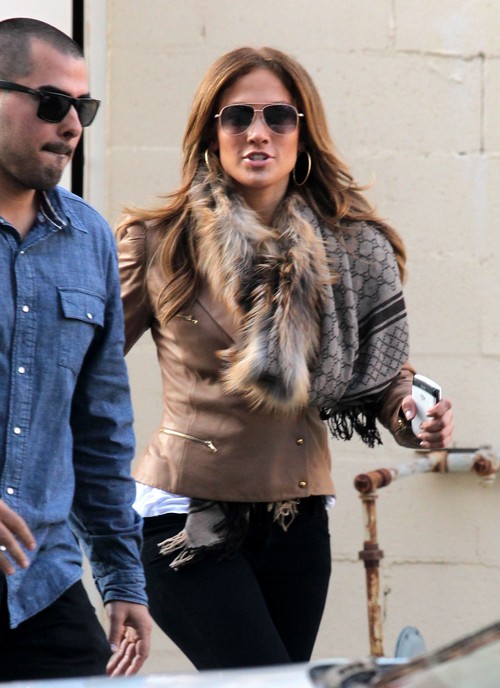 Will Jennifer Lopez and Casper Smart actually break up? It seems as though the tabloids have been saying they will for the past few years, but it still hasn’t happened.

According to the latest report from Radar Online, Jennifer and Casper are ‘headed for a breakup‘. A source claims that they both had a ‘mini-split this summer‘, and Casper did not attend a Human Rights Campaign event on October 5th because of the trouble in their relationship.

A source explains, “Although he did attend the awards, Smart was not photographed on the red carpet with Lopez. Jennifer is pretty private about the relationship, but she’s been hinting that the spark is gone. She’s having a hard time ignoring the fact that her head has been telling her for a while that this thing with Casper isn’t forever. And now her heart’s saying the same thing. They’ve obviously in very different places in their lives, and Jennifer wants to take responsibility for her life and not repeat the same mistakes she has made in the past. She enjoyed the relationship for what it is, but now that giddiness has turned to sadness.”

You know, I’m actually shocked that Jennifer hasn’t married Casper yet. Her pattern during the past two decades has been falling madly in love with someone and then getting married, and then later getting divorced. She’s actually taken her time with Casper, probably because she knew that there was no way she could marry him. The fact that she was even willing to be seen with him is a mystery, but this way, she doesn’t have yet another divorce, and that too over a wannabe child with a fame complex.

What do you guys think about Jennifer and Casper breaking up? Let us know your thoughts in the comments.