Kim Kardashian And Kanye West Sick of Kris Jenner: Ask For Their Own Reality TV Spinoff 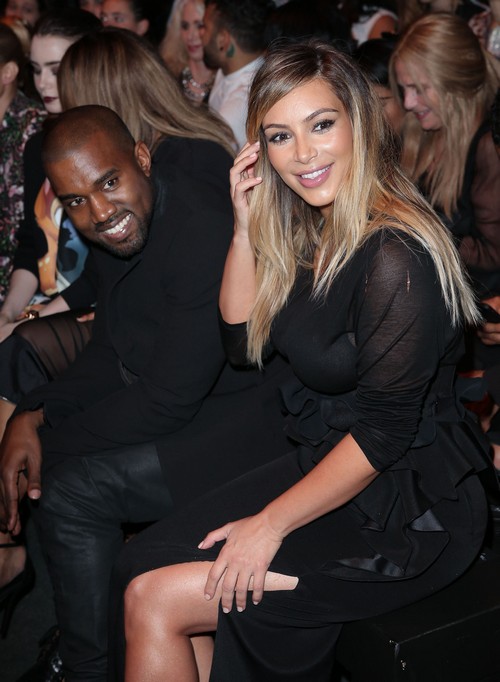 According to recent reports [and mostly rumors], Kim Kardashian and Kanye West are interested in getting their own spin-off reality show. Now that they have North West, the public’s interest in them has skyrocketed, and they want to capitalize on that. And by ‘they’, I mean Kim.

Kanye has always shown a reticence towards reality television, even if he still loves famewhoring. But with Kim as his partner, does he really have a choice? I mean, it’s either their own reality show or being stuck on Keeping Up With the Kardashians. We know there’s no love lost between Kanye and the Kardashian family, so I can see why he would be interested in staying away from them. And with Kim, it’s an easy choice.

She is, and always will be, an attention-seeking reality star who thrives off being famous. Sharing the limelight, like she’s had to do on Keeping Up With the Kardashians for the past few years, is probably torture for her. In fact, her idea of a happy place is probably getting followed by cameras all day long without any break. Thus, having her own reality show would literally be a dream come true.

It’s likely that Kim and Kanye have already been approached by networks with the idea of a spin-off, but I think Kanye might need some more convincing, especially if Nori is involved. There’s also the fact that Kim is not going to be relevant forever, so if there’s going to be a spin-off show, it would have to be now to be a good business decision.

Would you guys watch a spin-off reality show with Kim, Kanye, and North? Let us know in the comments.