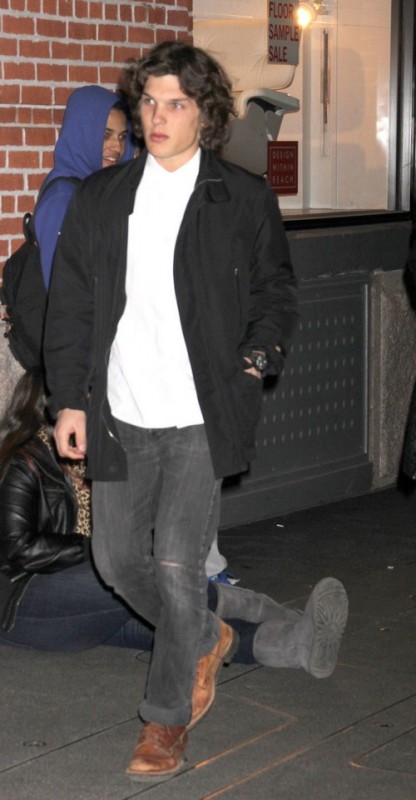 Is Miley Cyrus healing her broken heart by hooking up with photographer Theo Wenner? Theo’s a very good looking guy, and he’s previously been linked to Liv Tyler and other starlets.

According to a report from Radar Online, Miley is ‘in lust’ with Theo, with a source explaining, “She’s definitely dating him. Miley talks about how hot Theo is and how nice he’s been to her. She’s definitely completely in lust with him.” The source also adds that Miley even left her album release party for Bangerz to go see Theo, explaining, “He didn’t come to the release party, but she snuck out at one point and went and met him at The Plaza. She said she’s never met anyone as sweet as Theo.”

Now, even if they were ‘dating’, I doubt they’re serious. Miley doesn’t exude the air of someone who wants to be in a serious relationship right now, especially after years of being in such a high-profile one. And Theo Wenner is the son of Rolling Stones owner and editor, Jan Wenner, and while he’s dated celebrities before, I doubt he’d want to be involved with such a high-profile one right now.

Besides, when would Miley have time to ‘date’ someone? I’m sure she and Theo are having their fun, but I doubt they see each other very often. For even a glimpse at how busy Miley stays, look at her schedule for last week – promotional appearance after promotional appearance, followed by performance after performance. I honestly don’t know how she stays up – wait, no that’s not true. It begins with the word M, and rhymes with Polly.

What do you guys think about Miley and Theo dating or hooking up? Let us know in the comments.