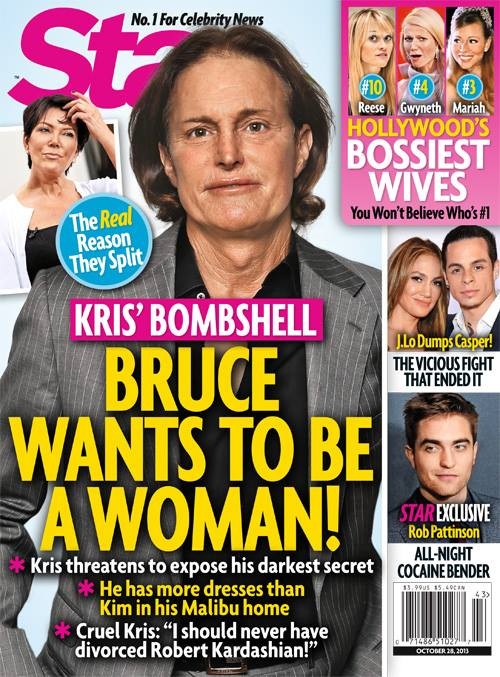 According to the magazine, Kris is threatening to expose his ‘darkest secret’, which is that he wants to get a sex change. The report alleges that Bruce has more dresses than Kim [Kardashian] does in his Malibu home. The wedge was driven even deeper when Kris told the press that she wishes she had never divorced Robert Kardashian.

Look, Bruce is weird enough that this is not completely unbelievable. Yes, he’s been with Kris Jenner for many years and fathered children with her – but we already know that doesn’t necessarily mean anything. He could very easily have been hiding this secret for many years, and maybe he wasn’t even hiding it – maybe Kris knew all along, but she just didn’t say anything. After all, their mutual agreement seemed to work – they stay together, and their brand doesn’t get affected.

In the end, why do you think Kris and Bruce aren’t even getting a divorce, despite being officially separated? They haven’t been together in a long time, if the sources are to be believed, and I doubt they’ve had a physical or emotional connection in a while. So in the end, would it be that much of a shocker that Bruce identifies himself as a woman? It’s not unheard of, and I don’t see why it should be some ‘dark secret’ – he’s Bruce Jenner, and he’ll be just fine, with or without the public support.