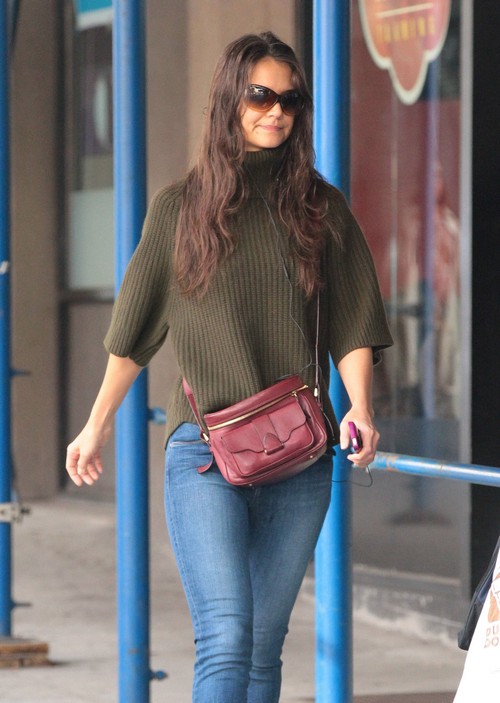 After being linked to several different co-stars, has Katie Holmes finally found love in Jamie Foxx? It’s definitely an unusual pairing, but according to a new report from In Touch Weekly, Katie and Jamie are hooking up. You know what makes that more awkward? Jamie and Katie’s ex-husband, Tom Cruise, are [were?] best friends.

A source tells In Touch, “Katie and Jamie have been dating for a while. They’re very Mission: Impossible about their romance.” The source also adds that while Jamie was filming Annie in NYC, Katie was spotted staying at his hotel with him. The source adds, “A hotel employee confirmed that Katie had stayed at the hotel with Jamie and that she was taking his car. So the driver drove her home to her Chelsea apartment.”

Katie and Jamie have previously been linked, after they were spotted at several functions in a row a couple of months ago. However, sources [rather, official reps] claimed that Katie and Jamie are ‘just friends’, and have known each other for years after having met through Tom.

See, that’s what’s interesting. If Jamie and Tom were still friends, I highly doubt that Jamie would be hanging out with Katie. Isn’t it against the code to date a friend’s ex-wife, or does that not apply in Hollywood? Regardless, I doubt Tom would be taking this news so casually, and Jamie either realized the extent of Tom’s crazy and stopped talking to him – or he’s choosing Katie over Tom.

What do you guys think about Katie and Jamie possibly dating, and what do you think Tom’s reaction has been? Let us know your thoughts in the comments.