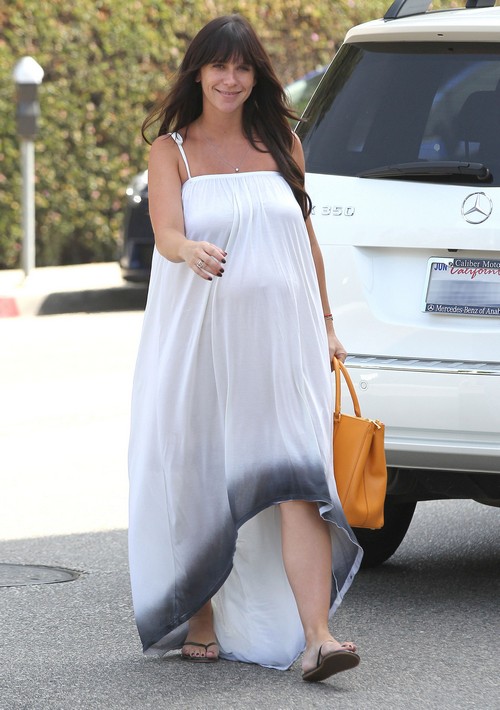 According to the latest report from Star Magazine, Jennifer Love Hewitt is all set to dump fiance Brian Hallisay because of his ‘childish antics‘, despite the fact that she is about to give birth to his child in December.

The couple, who also co-star together on The Client List, reportedly got into a major fight at the Palihouse in LA on October 5th, and Jennifer’s reportedly tired of Brian’s drinking. An eyewitness who was supposedly at the restaurant explains, “Brian was slurping back beers and being obnoxious. Jennifer was embarrassed. Brian’s rowdy night is just one incident in a pattern of immature behavior that has caused Jennifer to rethink the romance.” The source also adds, “Jennifer has gone months without a drink, but Brian doesn’t stop.”

On the one hand, if it really is a drinking problem, I would understand Jennifer’s reasons in wanting to leave. But at the same time, I feel like Jennifer’s not stupid enough to get engaged to someone if he’s had a pattern of drunken and childish behavior.

Yes, she’s pregnant with his child, and she may have felt obligated to get engaged to him. Considering they are co-stars, there would also be a level of awkwardness that would ensue if they broke up or had constant fights.

What do you guys think? Are Jennifer and Brian fighting because of his immature behavior and his drunken shenanigans? Or did they just happen to have a major fight in a public place, and the tabloids are now playing the assumption game? Let us know your thoughts in the comments.