Kris Jenner Destroyed Marriage To Bruce Jenner By Being A Famewhore 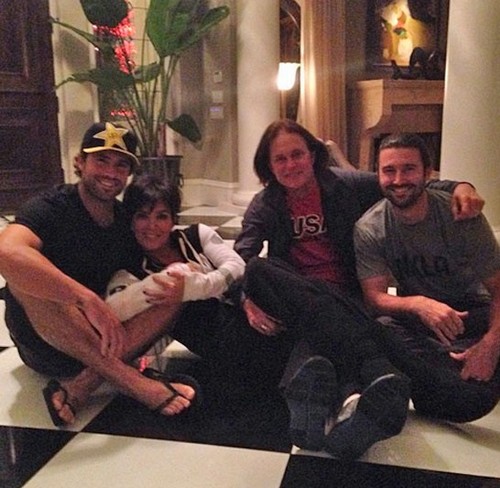 How did Kris Jenner‘s and Bruce Jenner‘s marriage fall apart? According to a report from Radar Online, it was all due to Kris’ horrible famewhoring tendencies and the way she carelessly ignored her husband for the past two decades.

A family source tells Radar, “Everything in Kris’ life is about ratings. Bruce was never her priority and he was totally sick of it.” Bruce was also  reportedly sick of the way Kris made decisions for the family, including letting Kim [Kardashian] move into their home with the baby and letting Kendall [Jenner] and Kylie [Jenner] get home schooled. The source adds, “Sometimes he would mention it bothered him, but most of the time he wouldn’t say anything, so Kris just went about living how she was and treating him that way. It was awful to see how Kris treated Bruce. She was critical of his looks, she’d complain about his clothes, and she’d never call him loving names, only referring to him as ‘he’. She was so hungry, hungry, hungry all the time.”

Well, I honestly can’t even understand how he stayed with her as long as he did. Kris has always been a famewhore, and that’s been clear from Day 1. I mean, she orchestrated her daughter’s sex tape and is willing to pimp them out to get famous – shouldn’t that have been enough of a warning sign for Bruce? I mean, he did stay with her for all these years, so he was complicit in creating the family brand.

What do you guys think about the report? Is the reason their marriage failed because of Kris’ famewhoring, or is it also partly Bruce’s fault? Let us know your thoughts in the comments.