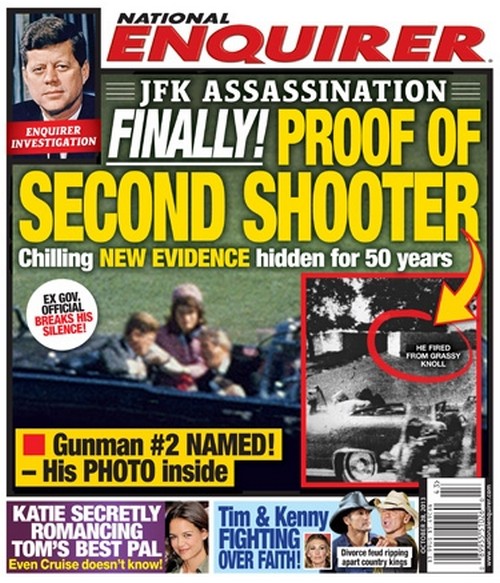 In Touch Weekly beat everyone to the punch with the story about Katie Holmes and Jamie Foxx dating, and everybody is joining the party later today. Although Jamie Foxx denied In Touch’s story on Entertainment Tonight last night [probably scared of Tom Cruise‘s wrath], the National Enquirer followed that up with a story today about how Jamie and Katie ARE dating, and all the denials are just lies.

The Enquirer claims that Katie and Jamie are actually ‘much closer‘ than people know, and that their source has the ‘sexy text messages and photos to prove it.’

A source tells the Enquirer, “I can’t imagine how Tom will feel about his so-called friend romancing his ex-wife. There’s bound to be fireworks.” Does Tom actually have friends, or are they ‘friends’? Jamie seems like the kind of guy that would be friends with everyone, but if he and Tom were as close as everyone makes them out to be, why aren’t they spotted together more often? Also, I don’t think Scientologists are allowed to have best friends that are not Scientologists.

Another report from the Enquirer’s cover claims that Tim McGraw and Kenny Chesney are both fighting over Faith Hill, with Tim telling Kenny to stay away from his wife – even though he keeps cheating on her. The hypocrisy of celebrities never fails to amuse me.

Finally, the Enquirer claims to have proof of JFK’s second shooter, fifty years after the actual assassination. I doubt that the Enquirer actually has any proof of this sort, because the US government would have been all over that ASAP and shut down any reports about it before it went public.